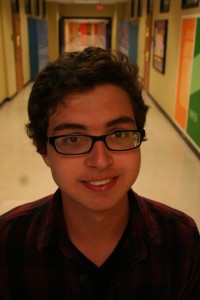 Steve Jobs, the founder and current CEO of Apple, recently approved an official biography about his life. As people who know who Steve Jobs is, this will not come as a huge surprise. He is a visionary and an amazing businessman; however, he sometimes can come off as a pompous jerk. This image came around after he got fired from the company that he founded. That being said he was rehired after the company started to go south and now its doing pretty well I’d say.

The book will be called “iSteve: The Book of Jobs” and will be penned by Walter Isaacson of CNN and Time magazine. Jobs has also agreed to be interviewed by Isaacson so the book will certainly give a perspective of Jobs’ life that has never been seen before. With many different interviews from rivals, employees, coworkers, and friends the book may actually be worth buying.

Personally, minus the iPhone, I am not the biggest Mac fan so this book only really appeals to me because he is utterly brilliant. The one thing that detracts from his current image to the public is his stance towards tampering with Apple stuff (i.e. jailbreaking). I don’t really know why this bothers him though, the people who jailbreak iPhones and the like love Apple products because after they get past Apple’s attempts to stop them the products have so much potential.