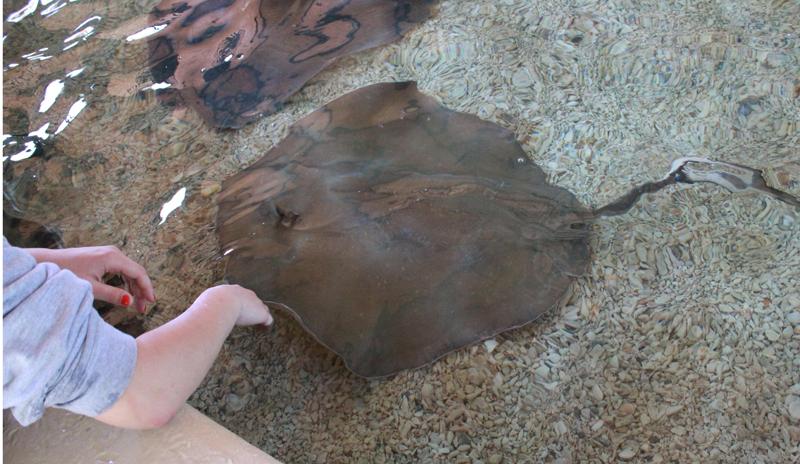 Want to Hear from The Sting-Ray Supervisor? Click Here! 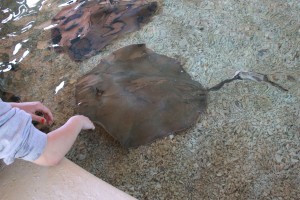 They’re back. The slimy soft ocean dwellers that many are afraid to touch.

The stingrays at Caribbean Cove, in the Saint Louis Zoo, opened back up to the public on April 19. It is open seasonally, while the weather is nice. There, people can pay $15 to experience something would take normally take about 400 miles of travel in missouri to accomplish. They can pet, feed, and overall enjoy the presence of three different types of stingrays. Those include cownose, southern, and pelagic.

The biggest misunderstanding with stingrays that people will make is that there’s no way to get near them for fear of being stung. The stingray officials at the STL Zoo have taken precautions to ensure that doesn’t happen. Every stingray’s tail is covered in poisonous barbs that are regularly, and painlessly, trimmed. After they have been cut, the barbs are too dull to harm anyone.

“I was intimidated by their stingers and reputation, but they ended up being really soft and slippery,” junior, Priscilla Canto said. “It was a cool experience.”

While in Caribbean Cove people people are no longer left behind the glass, only to wonder what it would be like to interact with the animals. Everyone is given the chance to feel the stingrays, and after they become comfortable with them, people can feed the sea dwellers.

“Its amazing, I could put my hand in the water and touch those amazing creatures,” zoo patron Sheila Riley said. “It  blows me away that I could do that, those little puppies swim all around just waiting to be fed.”

Photos and Audio by: Murphy Riley