10 Questions With a Blueberry Hill Manager 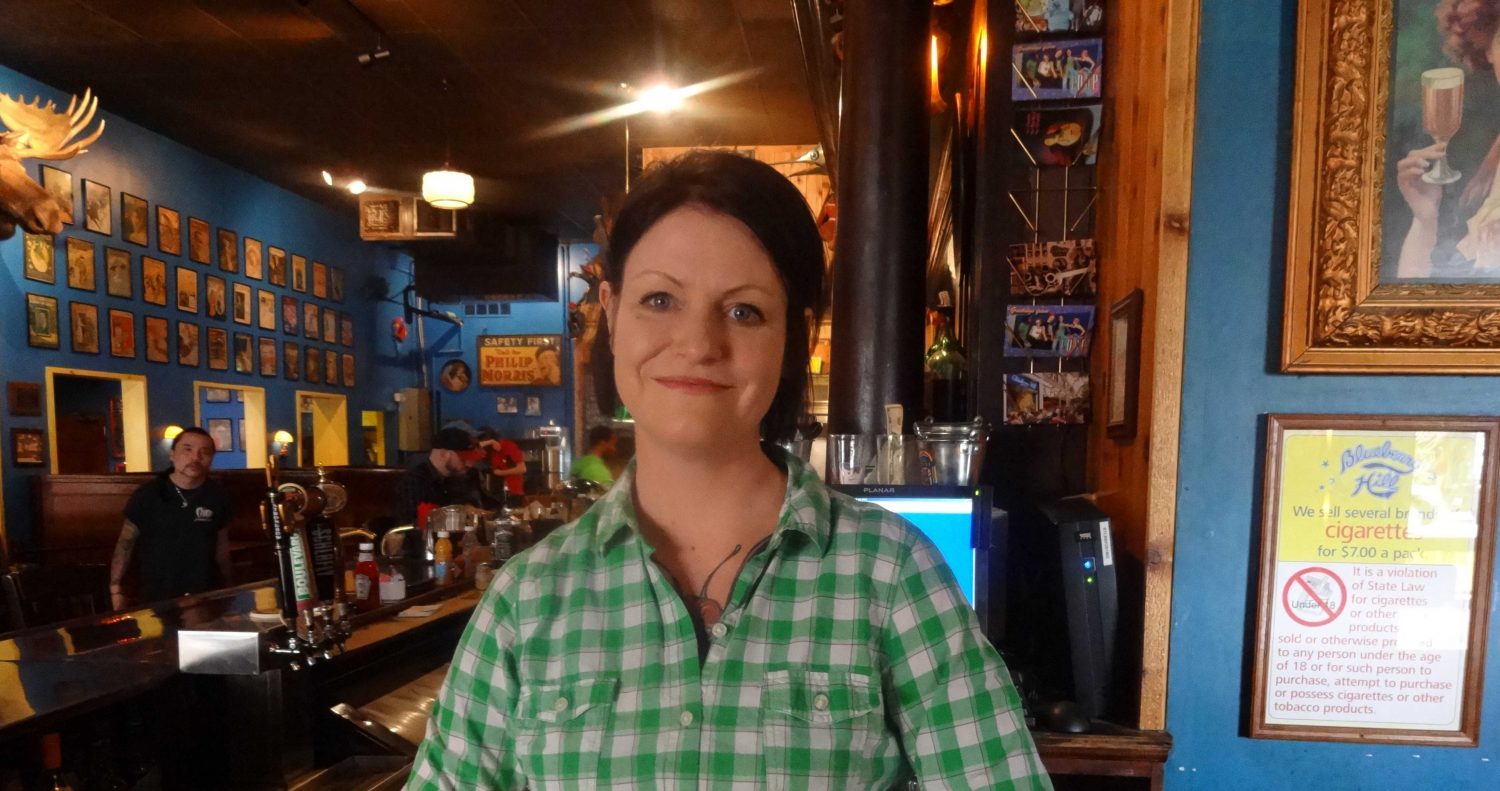 What is your name and position?

My name is Becca Schock and I am the bar manager.

Why is Blueberry Hill such a famous landmark?

Well we’ve just celebrated our 40th anniversary so we’ve been around for quite awhile. People come in for a lot of reasons but I’d say that the memorabilia is what draws people in the most.

Where does the restaurant get its many memorabilia and collectables?

The owner actually. All of this stuff is his baby. He’s been collecting things ever since he was a child. It’s all from his personal collection — things that he likes and wants to see, with an emphasis on pop culture.

Why is Blueberry Hill a famous music club?

We have music usually every weekend night and then, depending on whose in town during the week, we have different bands. Chuck Berry plays here once a month so that’s always a huge draw. We usually get people who are rising in fame or who just aren’t filling out stadiums or the Pageant.

Why does Chuck Berry play here so often?

Chuck Berry and the owner have been friends for the last 40 years. They’ve traveled together and Chuck would take him to the Rock n’ Roll induction ceremonies and they’ve become really close friends. Chuck basically does it as a favor to the owner, Joe Edwards.

What type of people does Blueberry Hill appeal to?

One of the best things about Blueberry Hill is that it appeals to a large cross section of students, families, older people, neighborhood people. We have a lot of different music, so depending on who the band is, it draws a different crowd. It’s a pretty good mix. I wouldn’t say we have just one demographic of people.

What type of cuisine is served?

It’s a large menu, but it’s all pretty much standard American food/bar fare. A lot of burgers and sandwiches, homemade soups, salads, we have a daily special and soup-of-the-day everyday.

What is your most famous dish?

Definitely casual. We want to make it a place where people can just come in with a group of friends or alone. Someplace where people can feel comfortable with just the staff, where there’s enough to do and look at whether you’re just stopping in for a minute or you’re going to be here for the whole evening.

Any recommendations for first-timers?

I’d have them walk around and look at all the pictures. I would recommend trying the hamburger, maybe the cheese balls or the buffalo fries. Just basically take a look around.