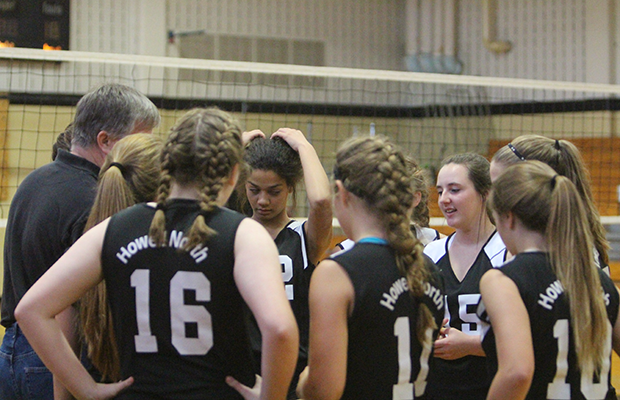 Due to Prop Y not passing last year, t 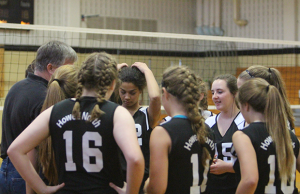 he amount of games the freshman teams play have been reduced from what they were in the past.

“I think it’s bad for freshmen because they’re being introduced to the sport without being good at it,” said sophomore Corinne Stevens who plays volleyball, basketball as well as track and field. “I think it’s important to build up their skills instead of cutting them or leaving only people who are ‘good’ at the sports.”

In the middle of this spring, it was finalized that freshman sports would have less games this season than in the past. Budget restraints played a major part in the decision to decrease the amount of games played. Activities Director Mike Janes sat down with freshman team coaches individually to explain the decision then had to inform opponents of the change in the schedule.

“I understand why the decision was made, but in sports like volleyball, it really didn’t save any money,” Freshman Volleyball Coach Robin Yuede said. “We all use the same bus, we all travel to the same place [and] there’s no savings in officials. In the case of volleyball, all it did for us was to limit the number of opponents we see, so we spend more time practicing than we do playing.”

Freshman teams in total will be given 10 games to play throughout their respective seasons. Each team will be playing against five other opposing teams: FHHS, FHC, Timberland, Troy and FZW. Because Prop Y was not passed, taxes that would have gone to help the school were not given out, meaning that the freshman teams would have to be given up. To avoid this outcome, the amount of games the freshman would play, was reduced to save them.

“I’m excited to still have our freshman sports,” Janes said. “I think it’s vital to all of your programs to keep kids involved, and that’s one of our biggest things is to keep kids attached to school and if we didn’t have any freshman teams at all, we’d have a lot of students that were not able to feel attached to their school. With playing less games, they can still be attached even though they’re playing less games.”