Knights Dominate the Spartans in a 35-18 Homecoming Game Victory 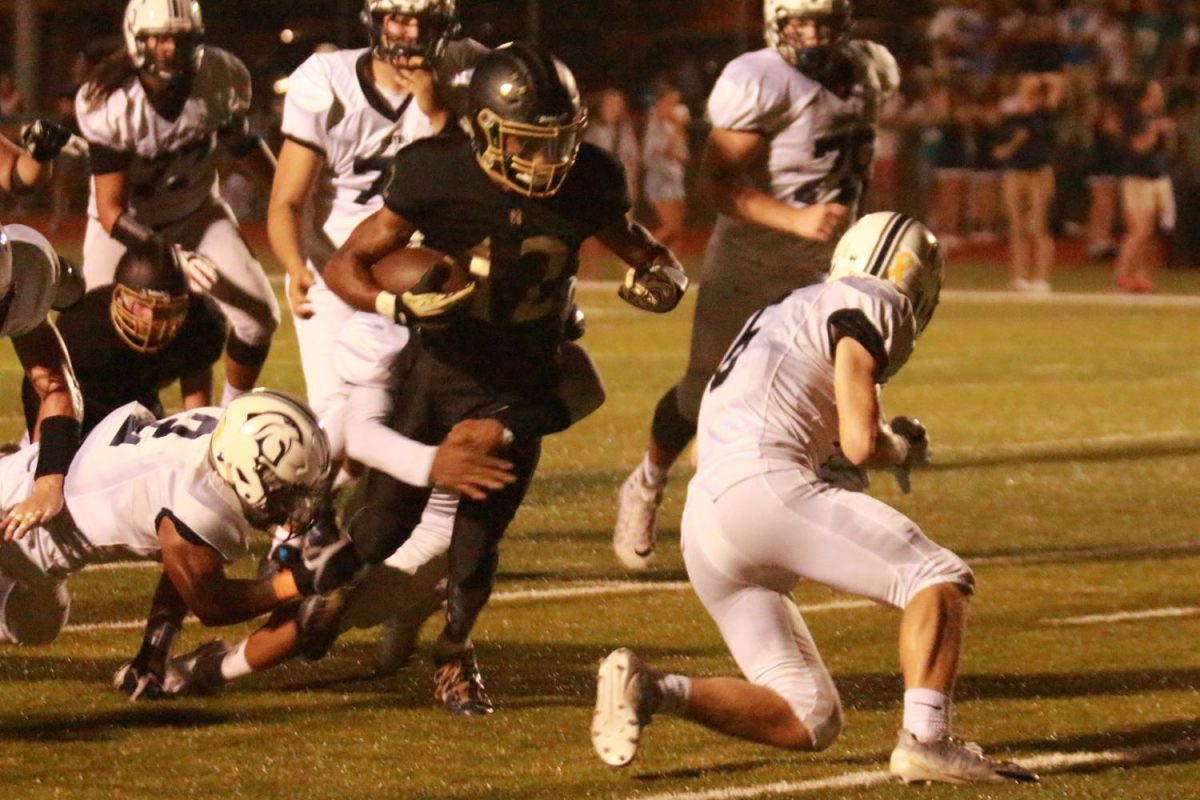 The first quarter was quiet for both teams with neither team scoring a point. The Knights had Patrick Koester in the quarterback position. It was his first varsity appearance at quarterback.

“I didn’t feel any added pressure because it was the homecoming game, I was just more nervous knowing how important of a game it was,” Koester said.

Koester used junior Maurice Massey as his primary throwing target for the night. Massey caught three touchdown passes in the game. He also had 215 receiving yards of Koester’s 272 yards thrown.

“Pat really stepped up to the plate and had a great game,” said Massey,” he didn’t miss a beat.”

At halftime, the Knights were up 21-14. Kicker Anton Coelen was perfect on the night with extra point attempts.

The stands were filled the entire game for the Knights. Some of the players think that the cheering really helped out a lot while the Knights were on defense. The Spartans only had 154 yards of total offense. The fans cheered as loud as possible for the extent of the game.

“My favorite part of the game was when Patrick threw the first long pass to Maurice in the first half which helped us get the lead,” said junior Corey Valleroy.

The Knights won the game with a final score of 35-18. Koester had a spectacular performance with 272 yards and one interception. The next game for the Knights is Saturday, Sept. 30 at Troy Buchanan against the Trojans at 1:00 p.m.