A Priceless Review: “Murder On The Orient Express” 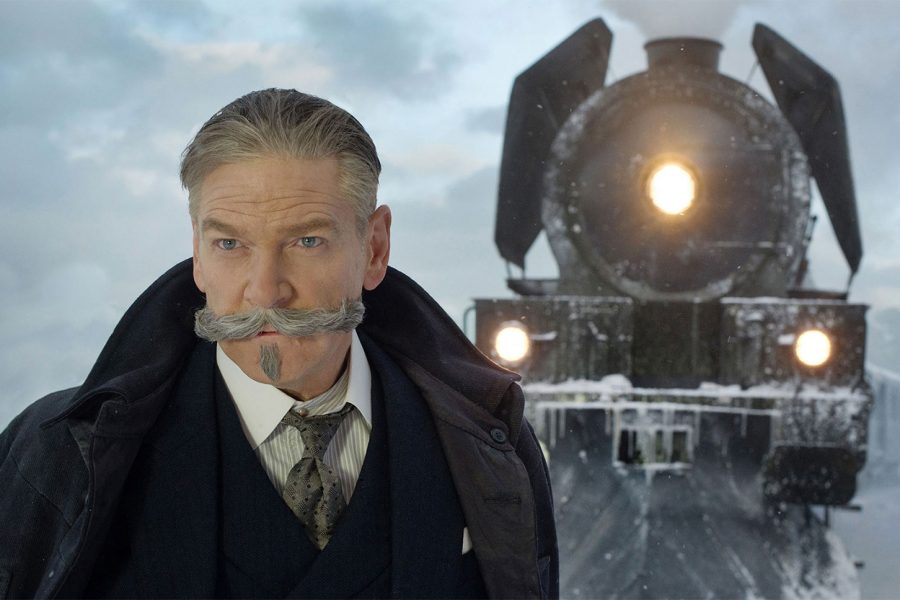 One of my top three favorite genres of any movie is the mystery genre. I just love the interactive quality those kinds of stories have. The way you’re able to follow along with the story, and try to solve the mystery yourself just creates a wonderful engagement with the audience. So, when a trailer debuted online for a new murder mystery movie called “Murder On The Orient Express,” I was looking forward to the film from the get-go.

“Murder On The Orient Express” is a murder mystery flick, based off the book by Agatha Christie, that gives the world-renowned, Belgian detective, Hercule Poirot, the most complicated crime to solve in his career. A passenger aboard the lavish train, The Orient Express, has been murdered, and everyone on the tightly packed train is a suspect in the case. Poirot must find out who committed the murder, so he can bring justice for the victim.

The director of this movie, Kenneth Branagh, is a genius. He took an old-fashioned murder-mystery novel and rightfully adapted it into an old-fashioned, murder-mystery movie. This film is gorgeously designed, beautifully shot and surprisingly well-acted; however, there were a few distracting flaws here and there that really took me by surprise.

Branagh’s knack for design takes me away every time I see one of his films. The train, the Orient Express, was just spectacular. Not only did the train on the outside fit with the time period and look and sound realistic, but it just had such a charming feel to it. The inside of the train just oozed out elegance. Every chair, table, railing and wall, had such a distinctive look to it. Even the food was just amazing to look at. Ever since Branagh directed Disney’s live-action “Cinderella,” I’ve been amazed at what he’s been able to do as a director.

The one flaw in this design was the very unobvious, but absurd product placement for Godiva chocolate. Godiva does work because the company was created around the time the movie takes place, however, the choice of logo/design for the product wasn’t timely.

Branagh shot this film on a 65 mm camera which gives a film a bigger and wider visual. This is was an interesting choice of a camera due to the fact 90% of the film was set on a train. However, it worked. The cinematography was beautiful. From the train to the landscapes. Each frame told a story. It’s a creative or out-of-the-box-thinking cinematography, but it’s very professionally done.

However, the only scenes that weren’t as good were the flashbacks. There is a series of flashback scenes during the third act of the movie, and they’re all shot in black and white with very quick edits that are hard to follow. This didn’t fit with the rest of the movie.

Branagh also was the star of the movie, and he did a fantastic job. He was so charismatic and charming. He delivered every line perfectly. I honestly thought he would do a poor job since most films I’ve seen where the director is also the main character usually ends up with a poor performance from the actor/director. He was honestly born to play Detective Hercule Poirot. Another actor who blew my mind, surprisingly, was Johnny Depp. He has been going downhill lately as an actor, but he really impressed me this time around. These two actors were the subjects of one of my favorite scenes in the movie. The scene was a dinner scene where Depp’s character threatens the detective in response to the threats he’s been given. It’s very intense and extremely well performed.

Although, the flaws were a bit distracting the film overall was delightful. Branagh has made one of the best films in his career. The film lived up to most of my expectations, and I wouldn’t be too surprised if there were to be a sequel in the works.