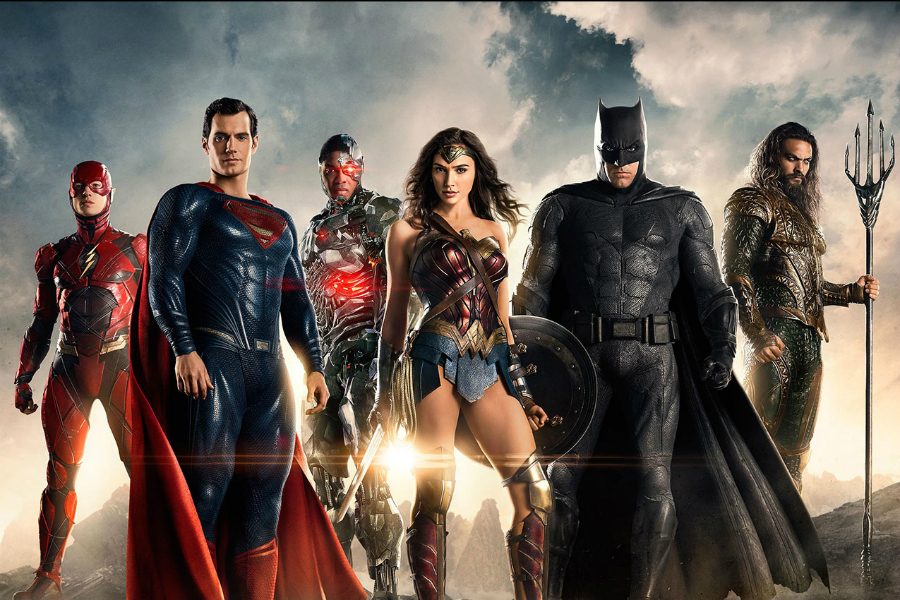 The DC cinematic universe has had a very rough start. The first installment, “Man Of Steel,” was a good beginning to this universe. “Batman v Superman: Dawn Of Justice (BVS)” was a very controversial addition (the ultimate cut was way better than the theatrical cut), and “Suicide Squad” was just horrendous. “Wonder Woman” was a quality film, but it was very forgettable. However, “Justice League” does not bite the dust.

“Justice League” continues the story of Batman and Wonder Woman after the death of Superman. An alien warlord by the name of Steppenwolf is enacting his plan for revenge by terraforming the earth. Both of the heroes seek out other metahumans to join them in stopping an invasion that will exterminate the human race.

This film is not only a huge step in the right direction for the cinematic universe, but it’s also just a fantastic movie on its own. Compared to other DC movies the script and story has actual depth, and the VFX (visual effects) combined with the cinematographer laid out a visually stellar movie.

There are a number of DC comic book movie stories that have been some of my favorite stories to have ever been told on the movie screen. “Justice League” is now part of that group. The script is simple. An alien attack is on the rise, so two metahumans get to together to form a team to stop it. Simple as a breath. However, it does have some depth to it. The big take away from this movie is that with the world becoming more and more morbid, we need heroes for us to see the light. This is such a relevant message, and the director, Zack Snyder, handles it so professionally.

Another element to the script that gives me a good reason to prefer DC movies over Marvel was the humor. The humor wasn’t as good as Marvel, but that’s the point. DC tends to have a more serious/dark tone, so the jokes were more subtle to where it fit with the movie. It’s more edgier compared to Marvel.

Superman, Batman, Wonder Woman, The Flash, Aquaman and Cyborg are insanely relatable and real characters in a surreal world. The screenwriters did an excellent job developing each individual character, giving them fabulous character moments throughout the entire movie.

The MVP of the the League was definitely Cyborg. The actor who played him, Ray Fisher, was unknown to the public. He got his start in acting from the theatre rather than film, and he was a triumph. I honestly didn’t think I would like him as a character, but he was so integral to the team and to the story as a whole which made him such a great character.

The biggest issue with the character, however, was the VFX. The visual effects were weak here and there, and it wasn’t just Cyborg that had weak special effects. A lot of the characters had instances where something was odd about the way they looked or moved. This is normal when it comes to comic book movies so the effects weren’t as distracting as they could have been.

A wonderful action scene takes place on Wonder Woman’s homeland. Steppenwolf is trying to steal one of the three alien artifacts known as motherboxes, so he can further his plan. There are warriors flipping through the air, aliens soaring through the sky and a stunning sequence of the Amazons, Wonder Woman’s people, trying to prevent Steppenwolf from getting the motherbox.

The action was incredible. From Superman blasting through the sky to The Flash running fast as lightning, the action was just so much fun and wonderfully shot. The camera work on this film was not only classic Zack Snyder, but it created some seriously stunning pictures.

The only major flaw with this movie was that there just wasn’t enough. I wanted more. With some problematic editing the overall flow of the movie seemed a little rushed. We get enough screen time, and character development to get the plot points across, but I just wanted more. The studio most likely wanted stuff to be cut out of the movie to make the movie shorter and more accessible, but it hurt the film more than it helped it. There was just a lot of moments in the film that could’ve become iconic moments if it weren’t for such a short run time.

The Justice League has been various TV shows, movies and video games, and fans everywhere have been waiting to see these heroes show up on the silver screen together. This film is such an enjoyable ride from the beginning to the end. It doesn’t give any breathing room for boredom, and proves that Warner Brothers is finally understanding what these movies mean to people. The age of heroes has officially returned for the DC cinematic universe.