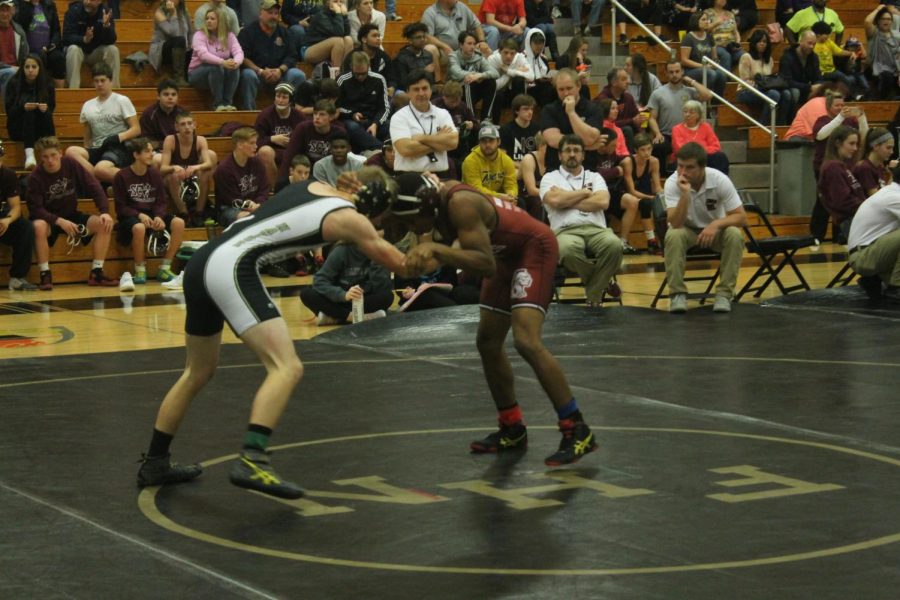 This was a tough match for the Knights because they do not have all the roster spots filled at this point of the season.

“Not having a full roster means that we automatically lose the weights where we don’t have anyone,” junior Thadeus Meneses said.

The final score of the dual was 60-9 in favor of the Vikings. There were only two wrestlers in this duel that were not pinned: junior Dillon Lauer and senior Jacob Smith. Both of them are returning state qualifiers.

“The team will bounce back regardless,” junior Josh Simmons said. “We can’t stay stuck on a loss forever. Mistakes will be made as you go through life and the best thing you can do is go back and think about your mistakes and fix them. Getting better from there and perfection is one thing, but greatness lasts a lifetime.”

The next duel for the Knights will be against the Francis Howell Central Spartans on Wednesday Dec. 13 at 7:00 p.m.

“I believe that we will have a good chance of beating Central this year because we have a lot of experienced wrestlers in our lineup,” Lauer said.