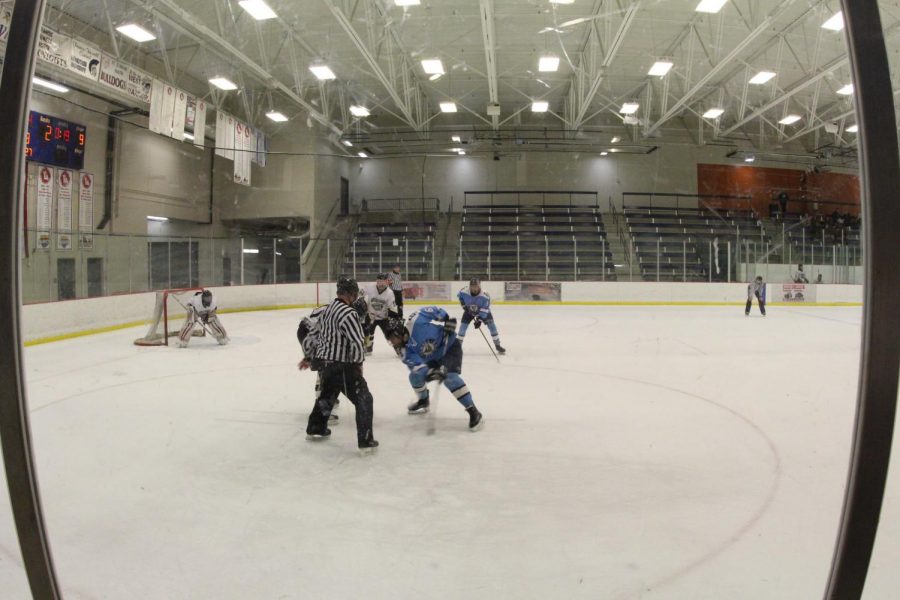 The Vikings and Knights varsity hockey teams line up for a face-off on Dec. 10 at the Rec Plex.

On Saturday, Dec. 9, the Francis Howell North Knights varsity hockey team took on the Francis Howell Vikings, where both teams fought hard throughout the game. Compared to other games, both Howell and Howell North played well on the defensive side of the puck. The Knights’ offense had their issues, however, which could be as a result of the team missing six key players.

“I think that if we had our whole team present and healthy this could have been a completely different game,” Blaine Longmore said, who got hurt in the last game against the Francis Howell Vikings on 11/04.”

“I’m proud that my boys didn’t gave up. Im proud because they played hard until the final buzzer even though we went down 3-1,” Longmore said.