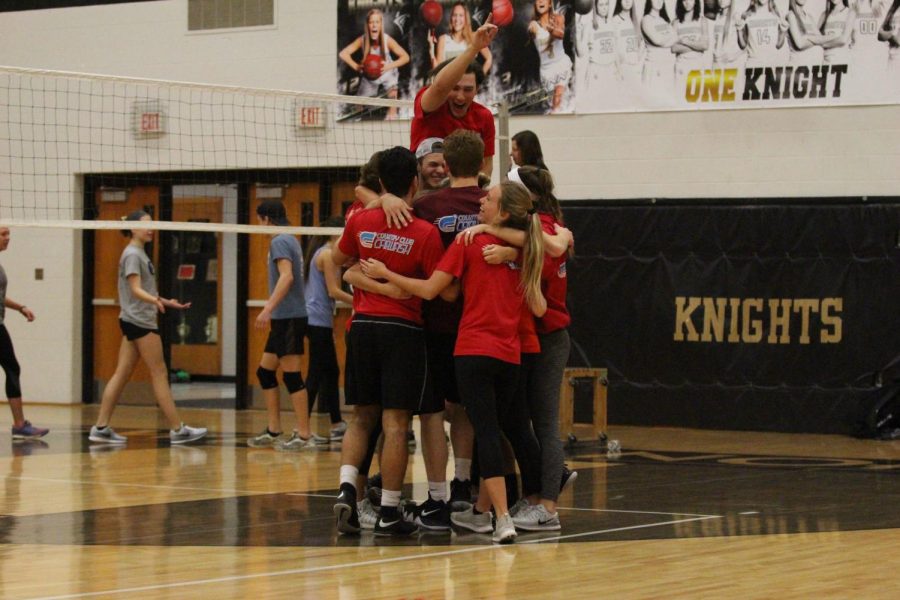 “We decided that we wanted to let more people be able to participate,” DECA advisor Melissa Hanrahan said, “we could only have five people on the court for each [basketball] game, and we wanted to be able to include a few more people.”

Each team that entered had to pay a $50 fee in order to enter the tournament. Ten teams ended up participating in the tournament, each containing 6-10 boys and girls. These teams were then split into two groups of five. The teams within each group would face off against each other only once. From there, the top teams of each group would face off. The team that won that match would win a pizza party, while second place would get a doughnut party. In the end, the Big Spikes, led by captain Kira Ward, edged out Kiss My Ace, who was captained by Thomas Beye, 22-20.

“I enjoyed how the rules were set, but they were also loose,” junior and member of the Big Spikes Corey Valleroy said, “it was more about fun than being competitive, and I think everyone enjoyed it.”

Each team had different themes which made the tournament unique. There were teams dressed as highlighters, as crayons, and some even had ladies from back in the eighties. Overall, DECA ended up raising $500 for their club, a success in the eyes of the club. They plan to continue hosting the volleyball tournament over the basketball games for years to come.

“I think the tournament went really well,” senior and DECA chapter president Maggie Hillmann said. “I think that we had a good amount of participation. We weren’t even expecting it to be that high, and everybody seemed to be having fun. I can’t wait for next year.”