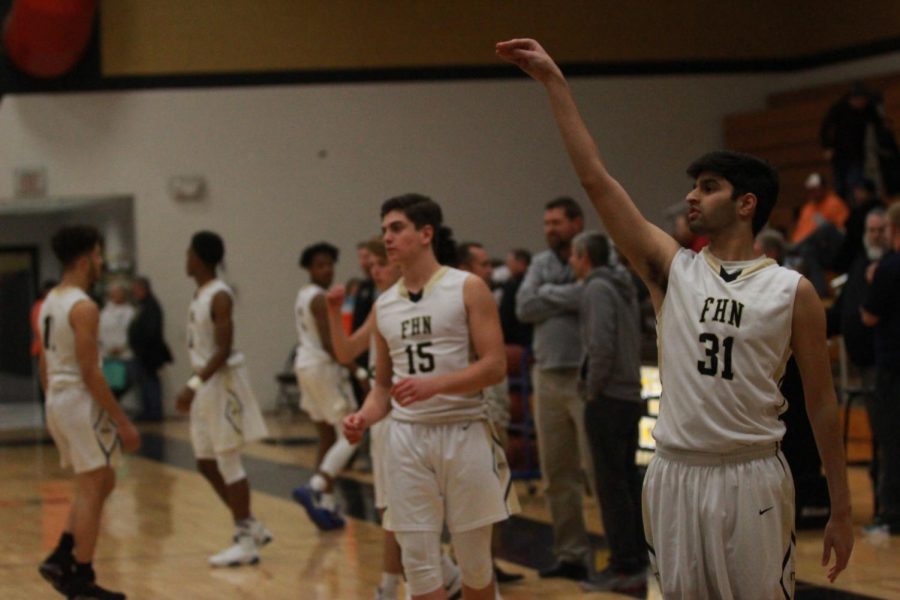 The Francis Howell North Knights boys basketball team is holding their annual Senior Night event on Friday, February 16 to celebrate the boys on the team playing their last home game of their high school careers. For the 2017-18 season, the Knights have one single senior: Rizwan Hyder. Being the sole senior, the four-year varsity player requested that the event be referred to as “Rizzy Night”.

While Hyder has played on the boys basketball team for four years, all being on varsity, the senior started his basketball career when he was much younger.

“I’ve been playing basketball for a total of  13 years. I started at five in kindergarten, when I started watching the NBA,” Hyder said. “I tried to imitate a lot of what I saw them doing on my little hoop. I got frustrated because I couldn’t do it, so I kept working at it, and tried to get somewhat close to what I was seeing, and it took off from there.”

After graduating up from the little hoop, through middle school ball, and now celebrating his senior night of his high school career, Hyder says he has found basketball to be very rewarding throughout his life.

“Basketball has changed my high school experience a lot. It has taught me discipline and the rewards of working hard in whatever you’re doing,” Hyder said. “There’s a lot of good life lessons you can take away from being a basketball player, or really playing any sport, and I think it’s going to help me in the future.”

More than being an athlete in general, Hyder says that the Knights basketball program in particular was an honor to be a part of.

“The most rewarding part about high school basketball is just being with your friends all day every day. If you have a team that you don’t like it’s not as fun, but if you get to do something you like with people you like it turns into something extremely rewarding,” Hyder said.

Rizwan Hyder will be attending the University of Illinois Urbana-Champaign. He plans to study pre-med and much of what he will do in his college, such as volunteering at hospitals, shadowing doctors and working in the research lab, will revolve around this major.