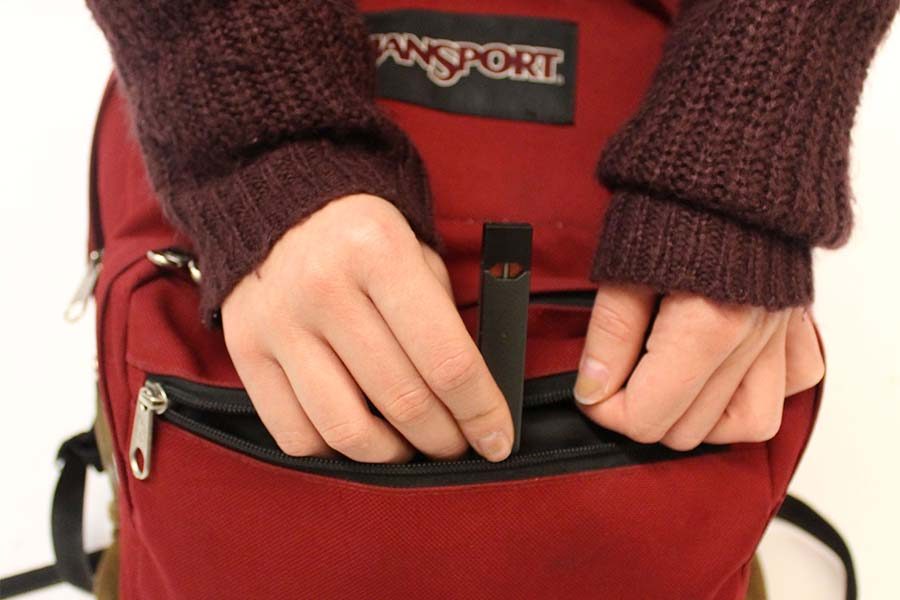 Larry Lund, a current St. Charles resident, lights a Camel cigarette at 20 years old. It’s 1987. He snuck some of his dad’s cigarettes as a teen, so the feel of the filter against his lips is familiar. He sticks the end in his mouth and inhales. He then grabs a beer, the lingering taste of the cigarette making the drink tolerable. He is surrounded by his friends at the Heidelberg, a bar, and now restaurant, on the University of Missouri campus. Even with the knowledge of the connection between lung cancer and smoking, they let the lighters flash and the smoke float out of their mouths.

Everyone else is doing it, so why not?

“I think a lot of times when teenagers are in the moment if it doesn’t have an immediate effect, then they feel more likely to escape the future problems,” Sheri Anderson, drug and alcohol prevention counselor, said. “They aren’t as concerned about it or believe it wouldn’t be that big of a deal if it does happen in the future. That’s the same with any drug. That’s the same with alcohol, cigarettes. All that. You know that there’s a risk to it, but you still choose to do it.”

According to students at FHN, they were introduced to vaping through a friend. Social and peer pressures are some of the biggest influences for substance abuse. A study done by the National Institute on Drug Abuse discovered that more students participated in risky behaviors if they were around friends. In the study, teens weren’t encouraged by their friends to take part in these behaviors. Just like smoking, vaping usually starts with someone else.

“I started smoking with my friends,” Lund, who had recently quit smoking, said. “I wasn’t thinking about my own mortality at the time.”

Vape sites say that vaping is the best alternative to smoking, the main purpose being to get people to quit using traditional cigarettes. But now, teenagers have started using e-cigarettes without having been addicted to nicotine prior.

“I think a lot of the reason smoking is considered gross is because second-hand smoke smells gross and it makes you sick, but vapor smells sweet, so it seems to be better and not as dangerous when it really could be,” senior Madeline Fields said.

Even with the little research out there, the short-term effects are evident, according to NBC news, but e-cigarettes are still advertised to be considered healthier.

“It’s marketed as feeling very safe and that there are all these flavors and that you can do tricks with it,” Anderson said. “So, for a young person, it can look fun. They’ve been told that it’s not harmful, so they don’t see the problem with it. You’ve got your friends doing it and other people posting it on social media. It’s just very encouraging to someone to try and do something like that, especially because it seems to do very little harm. It needs to be talked about and needs to be made aware that this isn’t safe at all.”