A Priceless Review: “Ready Player One” 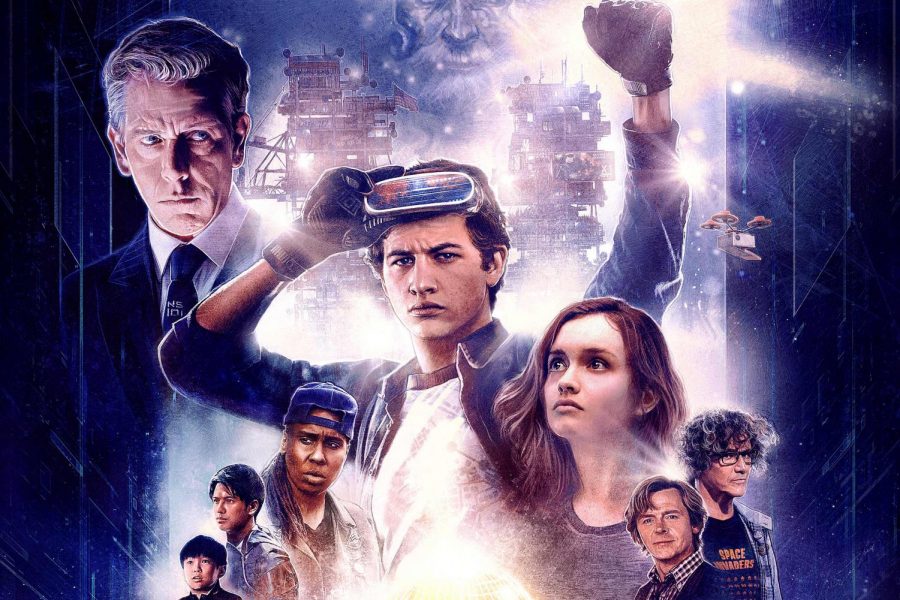 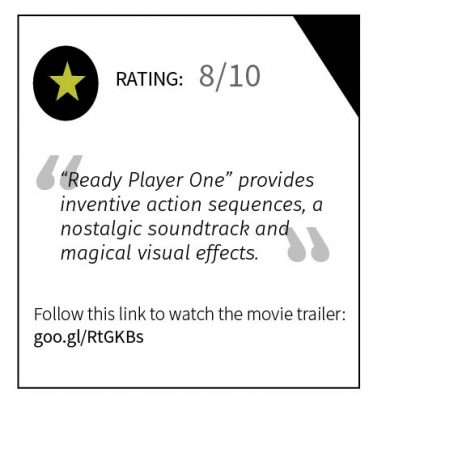 Director Steven Spielberg makes a victorious return by splattering 80’s icons across a huge canvas creating a modern piece of pop art. Teenage Mutant Ninja Turtles, Freddy Krueger, The Iron Giant, Batman and a platoon of other childhood memories make their way into the newest blockbuster “Ready Player One.”

The film is a sci-fi, adventure that is based off the book written by Ernest Cline. The story is set in the future where a virtual reality world known as OASIS has become a crucial part in society’s social and economic life. When the creator of OASIS dies, he leaves a behind an Easter egg that’ll give, whoever finds it, his entire fortune. He sets off a huge scavenger hunt that will change the lives of everyone in and out of the digital universe. To watch an interview with Ernest Cline on CBS Sunday Morning go here.

Recently, Spielberg has been strangely unprofessional when it comes to blockbuster filmmaking, but he’s inching ever-so closer to redeeming himself. “Ready Player One” provides inventive action sequences, a nostalgic soundtrack and magical visual effects; however, these aspects of the film are relied on too much by the script to keep the audience engaged.

It’s a simple script. The story, characters and plot twists are all too simple. The plot entails a passionate video gamer and his group of friends, and their journey to find the Easter egg by collecting three different keys in three different levels. This is a wonderful premise for a video game, but not for a movie. If the film took away the exuberant visuals, it wouldn’t have been as entertaining.

The same goes for the characters. All of them were one-dimensional. None had significant character arcs, some had no sense of belief or purpose and all had only one true motive that never ceased to change or evolve. There was no liking the characters if it weren’t for the awe-inspiring design of the characters via VFX technology.

The great thing about this movie being based around a video game was that the visual effects had every right to look as cartooning as it did. It didn’t need to be realistic. It just needed to get the point across that this was a virtual world. Therefore, it was like watching everyone’s childhood dreams getting sucked out of their head, and projected on to the silver screen. Everything from the different levels to the different weapons to the different characters was brilliantly thought out.

A bulk of the film is inspired by 80’s pop culture. This is mainly due to the author’s interest in the era from the book. There’s so much that the audience will miss even if they blink only once. The cameos of pop culture characters/objects seemed overused, but in all honesty, it made the film more interactive; it let the audience uncover their favorite movie, music or video game icons hidden within the movie. To read more on what characters make a cameo in the movie go here.

Like pop art, “Ready Player One” is visually boisterous, and the colors pop out at you like whack-a-mole. It falls short of an imperfect script, but the movie never fails to keep the audience engaged. Spielberg has not created a masterpiece. However, this is not an Easter egg hunt anyone would want to sit out on.