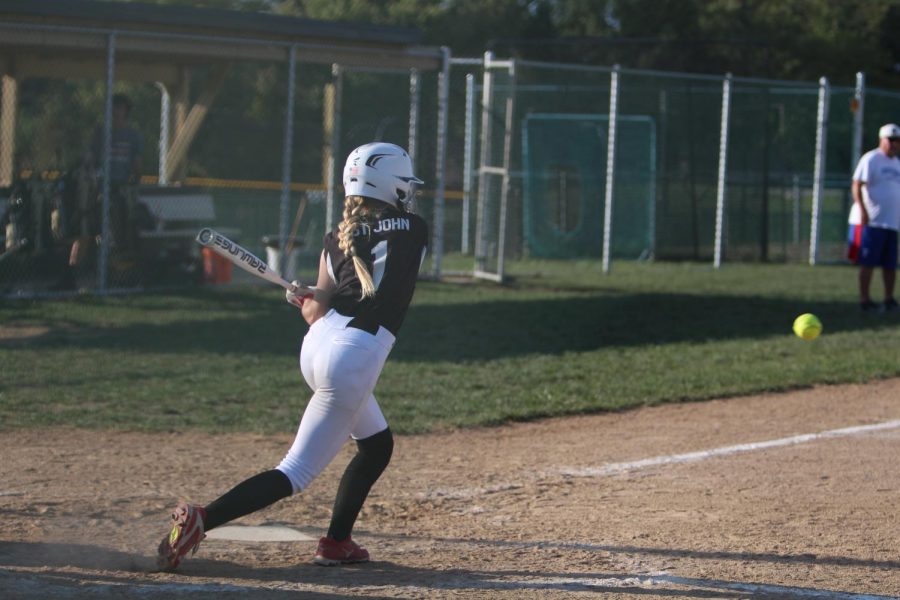 On Sept. 18 the Knights played against FZW Jaguar’s. The Knights were behind the entire game but during the third inning they were able to make it onto the score board with two points. The first to score was junior Adria Schmidt followed by senior Julia Hanan when they hit the softball to outfield. The main setback of the night was that multiple players were out sick, resulting in remaining players to play in unfamiliar positions. Therefore, the Knights lost to the Jaguar’s with the score 17-2. (Photos by Kamryn Bell)