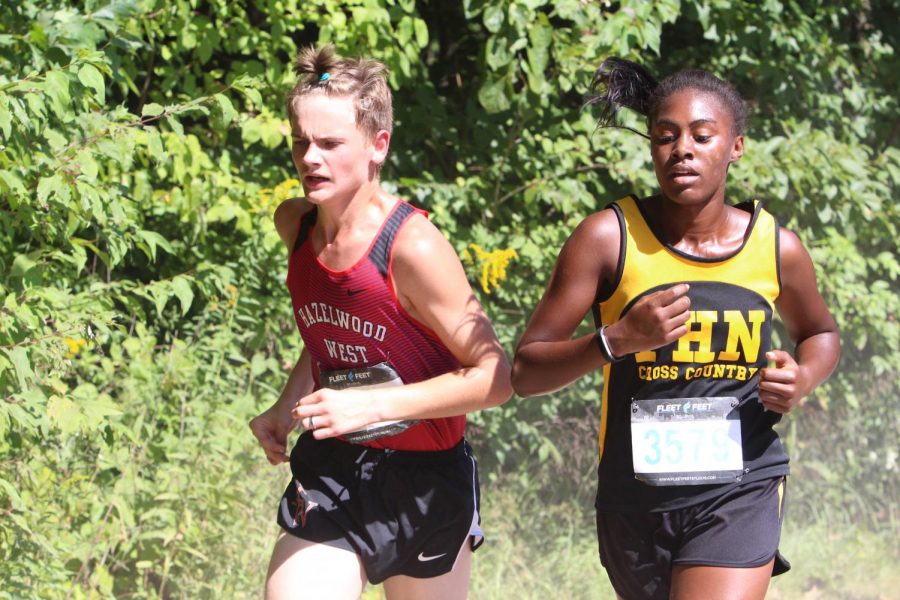 At the end of a typical school day, freshman Alise Simon can be found out on the track, warming up with the cross country team. At practices, the team warms up, runs their workout for the day, and then cools down and stretches before going home. Simon however, has to stay at school a bit longer than the typical runner, due to the fact that she is both a runner and a cheerleader.

Playing any sport is a big time commitment, but playing two has had a major impact on Simon’s schedule. She often has to miss part of one practice in order to attend the other, and on days with a game or a meet, she has to choose one instead of the other.

“When I first found out she was going to do both, I thought it was really ambitious, but I knew she could do it, she’s a really hard worker,” freshman Rana Shaker said. “I’ve never seen her hit a breaking point. Whenever I look over at her, I see her pushing and power through the finish.”

Playing two sports does have its upsides as well. Simon has enjoyed meeting more new people thanks to the two teams, and getting the opportunity to be more involved at school. She was also glad that she didn’t have to give up either of the two sports that she has been playing for years.

“The best part about getting to do both is that I can make new friends and just be out there more, so people can know me,” Simon said. “I like trying new things and it’s just better, I just like doing two things.”