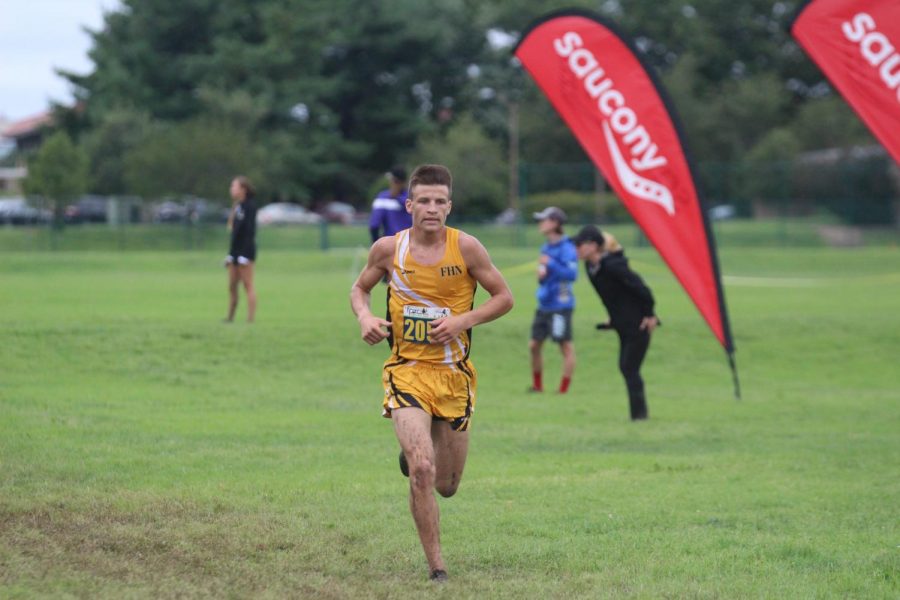 Peyton Hebert runs for the FHN boys varsity cross country team. During his junior year, he decided to quit football and start running Cross Country. Hebert ran one of his last races on Sept. 8 at Forest Park for the team, finishing in the top 15.

Senior Peyton Hebert didn’t feel good about his place in the football program because he felt like it wasn’t suitable for him anymore. He started off playing football his freshman year and continued into his sophomore year on the JV team. However, heading into his junior year, he realized he didn’t want to play football anymore. Before his first game of junior year, he made the decision to quit football and run cross country.

His junior year he started off on JV but eventually made it to varsity that year. Now a senior, he’s been able to work his way up not only to the varsity level but he also was chosen by the coaches, after meeting specific criteria, to be the team captain for the boys’ cross country team.

“I plan to bring the team together as a family, and I plan to make it to state,” Hebert said.

Hebert is really excited to be the team captain for his senior year and feels very accepted and appreciated on the team. The coaches have a lot of confidence in him.

Being the captain of the boys’ cross country team, Hebert is in charge of getting the team organized, organizing team bondings and being the main supporter.

“I like the leadership role, being the person that can help others,” Hebert said. “I feel real excited. They except me there, and I really appreciate it.”