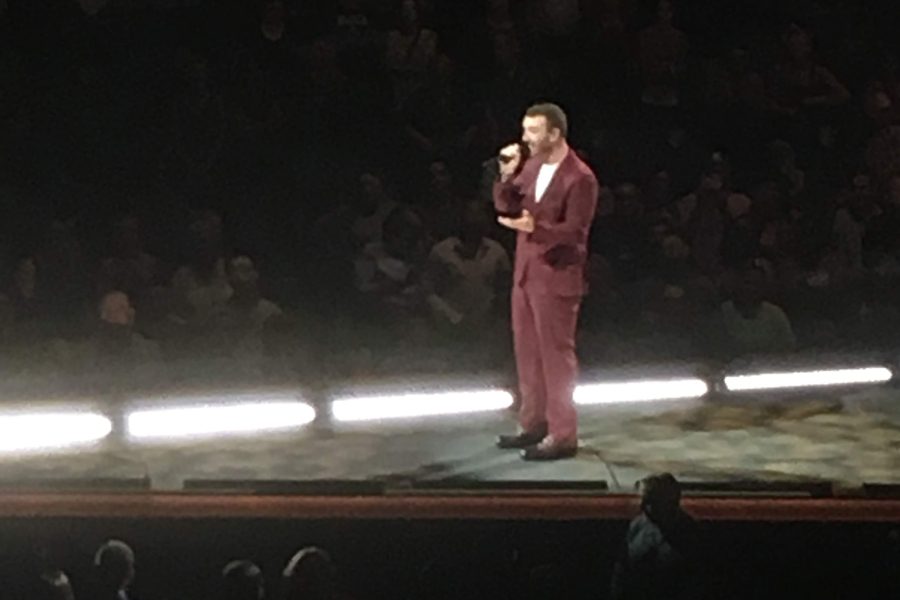 Sam Smith at his Aug. 17 Thrill of it All concert in Saint Louis, MO.

My favorite musician is Sam Smith. I love everything from his music to the man behind it. Sam Smith’s music is so inspirational to me. Yes, it can be depressing sometimes, but his music can really pick me up when I’m having a bad day. My favorite Sam Smith song is called “Make it to Me.” The song sounds sad at first, in actuality it is such a hopeful song. He also puts on amazing concerts, I went to the most recent one he had in Saint Louis on Aug. 17. He was so at ease with his audience and talking to everybody as if they were his closest friends. That’s something I feel you don’t see a lot of artists do now a days. That concert also happened to be the best concert I ever went to.