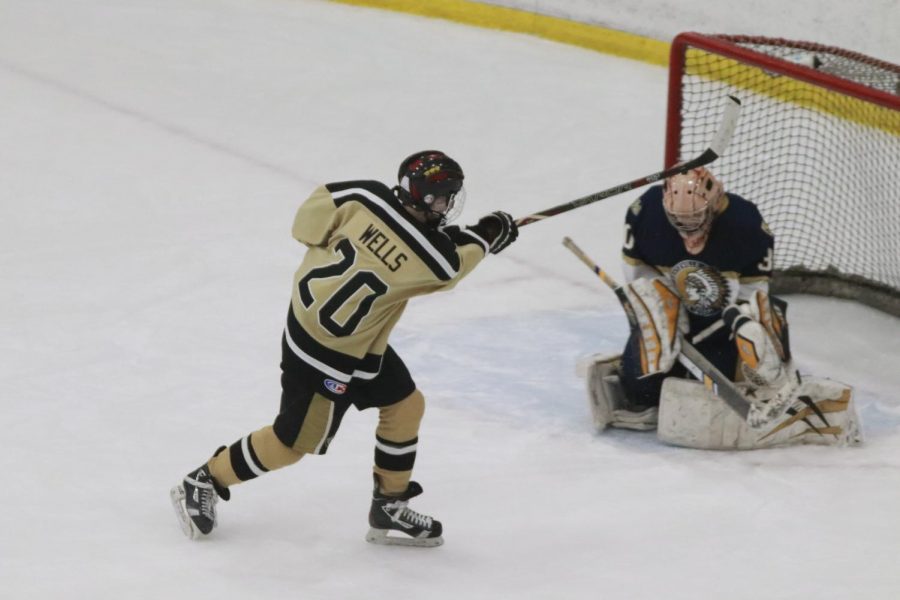 Freshman Matt Wells attempts to score a goal during their game against Holt.

On January 5th, 2019, the varsity hockey team had their senior night against Holt. The team lost 4-0. This year’s seniors are Brett Wells, Drake Johnston, Jordan Clark, Sam Kenton, and Daniel Heinrich who is a pool player from Christian High School. Heinrich and Kenton have had a lot of great memories playing hockey, especially on FHN.

“My most memorable experience was gold cup my sophomore year. It was the first big hockey game I played in, and the stands being packed was really cool,” Kenton said. “I loved playing with kids I got to go to school with, it really created a friend group for me.”

A lot of this year’s seniors have been playing hockey for a long time but don’t plan on playing after high school and will miss it very much.

“The seniors have done great, they’re great leaders on the team on and off the ice, and they really give it their all,” Gannon said. “I’m really proud of them for sticking with our program, it’s not easy to play the game of hockey, there’s injuries that happen from time to time and these guys just keep fighting through back and keep putting as much effort as they can.”