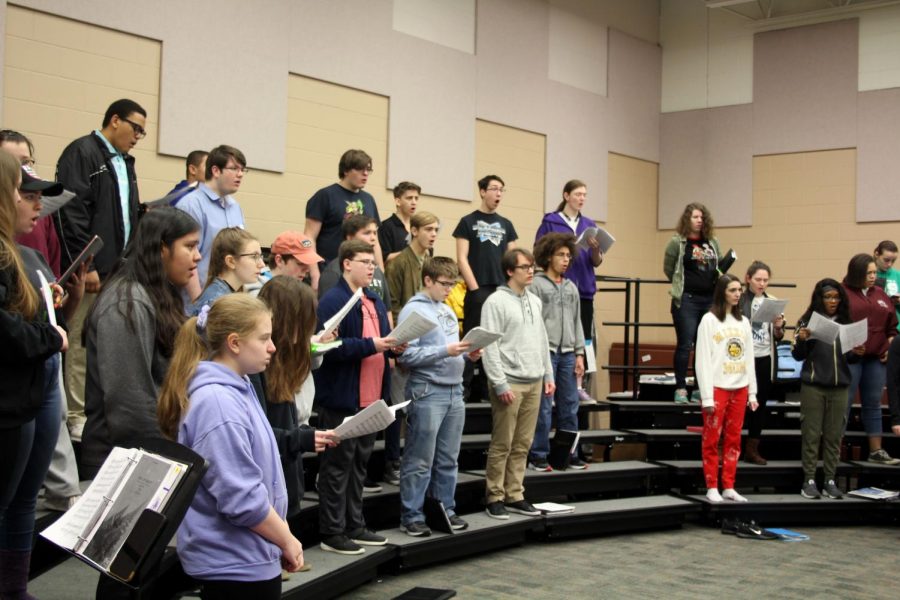 Choir students rehearse in the choir room for their trip to New York which is on Feb. 15. The students will be performing with Ola Gjeilo, a Norwegian composer who is known for his choral music. Prior to the performance, many students were looking forward to the opportunity of working with him.

Members of FHN’s choir program traveled to New York city from Feb. 15 to 19 for the opportunity to perform at Carnegie Hall and experience New York as a group. 41 students from FHN participated in the class trip, accompanied by members of the FHC choir department. It was through an invitation given by FHC that FHN students were able to attend. Students from both schools combined made up 80 of the 275 voices from around the world that performed on the Carnegie Hall Stage during this concert.

“Carnegie Hall is the number one classical concert performance venue in the United States,” vocal music director Jennifer Crane said. “It’s very well respected across the world, so the experience of performing on that stage is priceless and an incredible honor.”

Students performed 45 minutes of music written by Norwegian composer Ola Gjeilo. Gjeilo was present at the concert and accompanied performers on the piano. According to Crane, working with a famous composer on the music that he wrote is a very special and educational experience for students.

“I’ve worked with professionals before, but I think the biggest deal is that we’re doing it with him in Carnegie Hall and that we get to perform his music alongside him.” sophomore Zoe Meier said.