Hockey has High Hopes for the Future 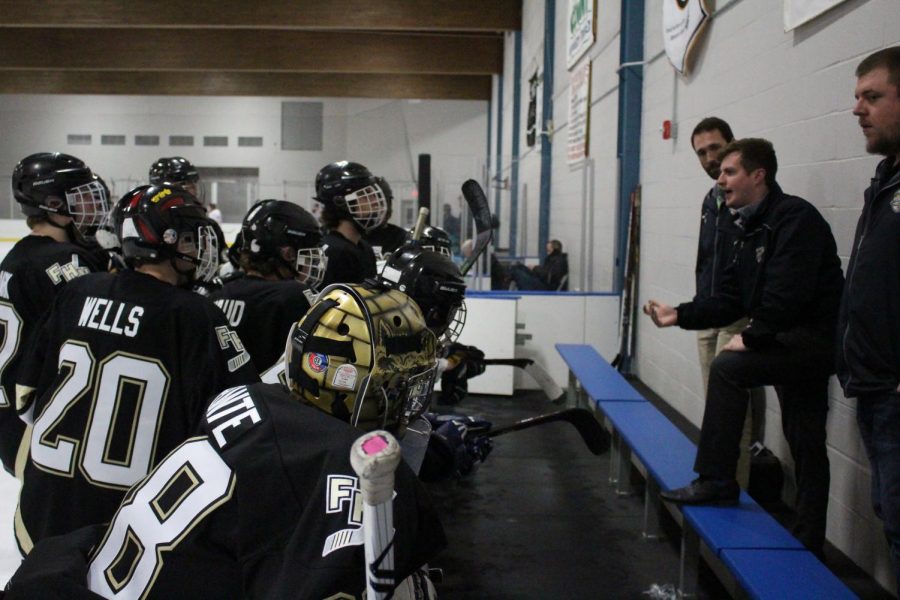 This season the varsity hockey team finished with a record of (1-20). According to coach Ryan Gannon and freshman Max Ising, the season was tough because of injuries and a small roster. Despite the record, FHN had improvements, like having junior Blaine Longmore and sophomore Aaron Caldwell, both returning after missing last season from broken collarbone injuries and becoming great players. The goaltending was statistically better compared to previous years.

“Our goaltending was amazing compared to previous seasons. For [freshman] Max Bante, who’s an amazing young goalie, it was a quick process for him to stop many shots,” Gannon said. “This year was spectacular for [junior] Charlie Jones, he started standing big inside his crease and took range of the defensive zone. We felt comfortable in goal, and stopped a lot of shots.”

FHN has a lot of talented underclassmen like Ising and Bante who were called to play varsity. Many of them became leaders and top point producers, and look to get better and help the team improve.

“[My goals are] to do better with the team, and win a few games,” Ising said.

The JV team has some really good players who will likely start playing varsity, along with many great returning players, if they can step up then FHN could become a competitive hockey team.

“These younger players will mature, and with the players we’ve discussed coming from JV, I’m excited for them to come up because I feel they’re already varsity athletes,” Gannon said.