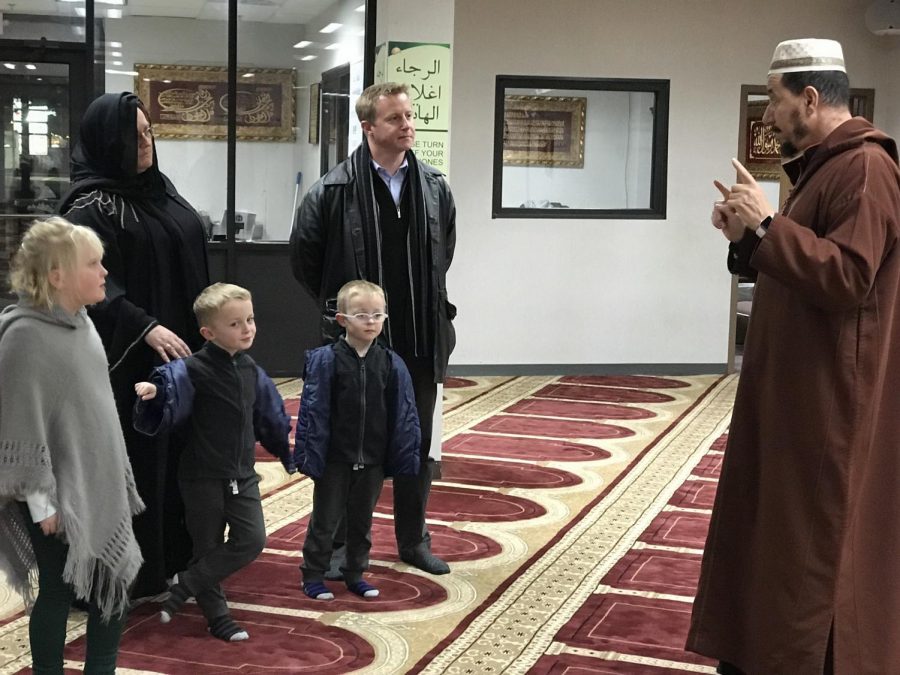 During the month of November the Head Principal Nathan Hostetler visited a Mosque with student Salam Abouchleih for the first time to learn about the Muslim religion and its customs.

“We got there, the folks who we met were very open and welcoming,” Hostetler said. “We got to kind of take a tour, we learned about Islam, we learned about the mosque itself, what that looked like, what a service there would look like, got to see some folks worshiping. We brought our kids along and the kids got to see everything and kind of go on the tour as well. I mean, they don’t understand everything obviously, they’re pretty young, but they got to learn about what was going on there to start to open their their minds up to something outside of what they see on a typical Sunday.”

Salam Abouchleih was the student to take Hostetler to the Mosque she frequents, she appreciated Hostetler taking time out of his day to visit and learn about a place that means a lot to her.

“Someone that has so much power in the school to come to the Mosque, and want to learn, and be so open minded and try to learn about a whole new religion, it is so special and sweet,” Abouchleih said. “It was cool to afterwards go out for Arabic food and bond over that.”

With this experience Hostetler hopes to educate his own kids, kids around FHN and faculty about the religion of Islam and show them that it is okay to go outside and learn about new religions

“I wanted to make sure that Salam and other Muslim students in the school feel welcome, feel like they are seen and heard and that they’re safe, because I know that’s been an issue,” Hostetler said. “I know Salam is still our only student who chooses to wear a hijab. I also wanted to set an example to other people, in terms of, reaching out to folks religion or race or world view that is different from their own. I know there have been other faculty members now because that, you know, they’ve heard about my tour of the mosque and they have conversations to me and say, ‘Hey, do you think she’d be open to it?’ ‘Yeah, I think she would. Just go talk to her.’ So starting to open up that dialogue. It’s really kind of about both sides of that coin, making sure that the Muslim students feel safe being here, but making sure that non-Muslim students feel safe in talking about Islam and learning about it.”