Boys Tennis Hopes to be a Racket this Season 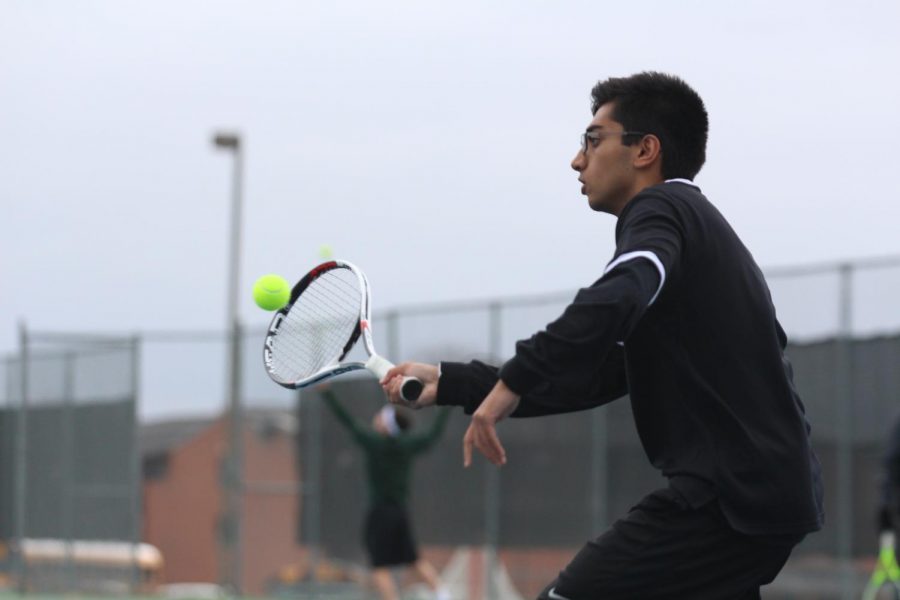 Senior Sachin Milli returns a serve in a varsity tennis match on 3/31 vs. FZN.

Boys’ varsity tennis season is coming up and they look to be even better than last year’s record of 10-6, especially against teams like FHHS. There’s expected to be five seniors this year on varsity and they plan to improve their team and win districts, improving on their second place performance in districts last year. They also plan to increase the amount of players in state compared to their three players, one single and two double players, in state last year.

“For this season I hope we gain a lot of people that are interested in tennis, because while I’m leaving this year, I want to make sure that FHN tennis keeps going for at least the next few decades or so,” senior Sachin Milli said.

The tennis season this year will consist of 20 games. Every player has a rank and the tennis players play their rank of the other team. The top six ranked players on the team account for the score and the team that wins the most matches wins the game. The team plans to improve their record and win districts this year with their new district assignments. The team will have to be the best out of Francis Howell Central, Fort Zumwalt East, Parkway North and Pattonville.

“Our goal is to have all six of our varsity gold players to make it to individual state,” senior Kanish Patel said. “I believe that if we take every practice serious we have a great shot to be a successful team this year.”