Senior Pitcher Ethan Faltisek Comes Back to Baseball After Being Injured 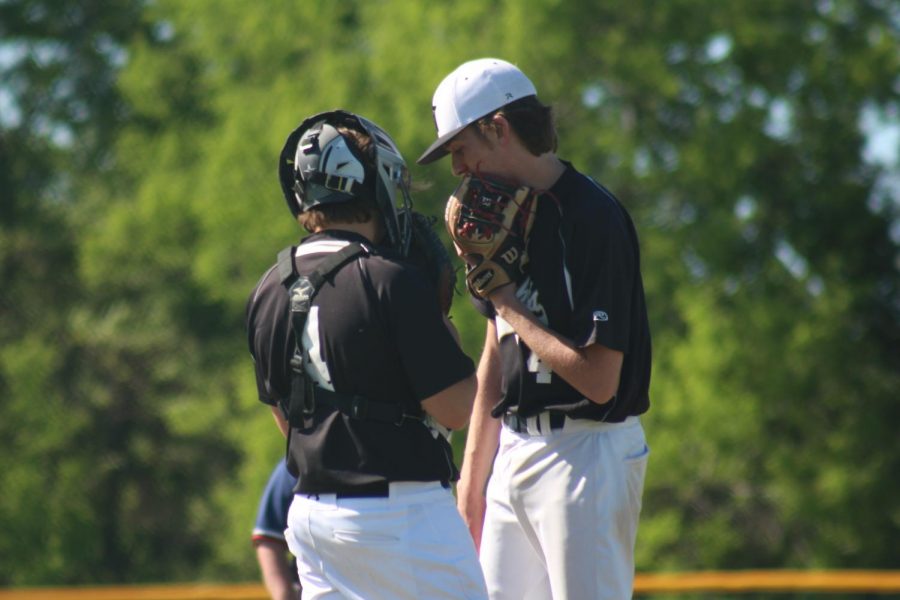 Ethan Faltisek missed almost all of last season due to an arm injury. Faltisek has played baseball since he was four years old, played varsity since his freshman year and made himself one of the best pitchers on the team.

“He definitely tries as hard as he can and does the most he possibly can every game,” fellow senior pitcher Hunter Tabor said. “He’s gotten a lot better at pitching, hitting and he’s gone a long way from where he started.”

According to assistant coach Mike Freedline, Faltisek had a great start last season before getting hurt. Freedline and the team are very confident in Faltisek returning from his injury and having a strong season.

“He’s doing good, he just needs to get ahead of the hitters and [stop] walking a couple batters a game and stay in control, as he get’s more games under his belt he’s going to keep improving,” Freedline said. “[He’s great at] commanding the game, he throws a lot of strikes and gets ahead of the hitters. He doesn’t give the other teams many opportunities because he won’t walk anyone or give free bases.”

After high school, Faltisek plans to continue his baseball career at Central Methodist University, and now that Faltisek is back from being injured, he looks to shine as a leader and player for the Knights this season.

“I’ve been doing a lot of physical therapy over this winter and hope nothing else [bad] comes up,” Faltisek said. “My goals for college is [to] hopefully play on varsity freshman year but if not, [then] just getting stronger and better for the upcoming seasons.”