Summer Concerts are About to Kick Off, Here are the Ones Coming to St. Louis 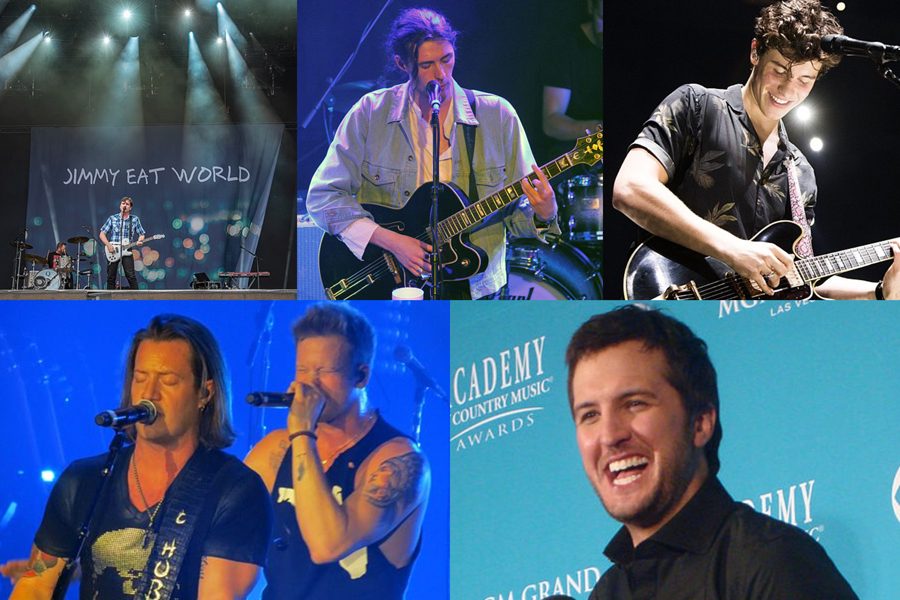 Hozier is an Irish musician who got big after releasing “Take Me To Church.” He creates mostly indie rock, blues, contemporary R&B, soul music, folk music, and blues rock. Hozier’s most popular song is “Take Me To Church” which became the most played song on Spotify in 2014.

“He has some good music, I think I’d go to one of his concerts.” Lauren Willerton, 9

“I might go actually, I’ve been wanting to go to a concert.” Lilly Simpson, 11

Luke Bryan began his career by writing music for two other singers Travis Tritt and Billy Currington. He creates country music and is known for his song “Play it Again” released in 2013.

“I think he’s great and I’d love to go. I hear people say he puts on an outstanding show.” Mark Olwig, Teacher

Shawn Mendes got big by posting song covers on an app called vine. He’s a musical artist that creates mainly pop music, pop rock, and folk rock. He is most known for his songs “Stitches” and “Treat You Better” mostly played during 2015-2016.

“He’s beautiful. His music’s nice. I probably wouldn’t go to a Shawn Mendes Concert. I wouldn’t pay money for a concert.” Bryanna Meitz, 11

Jimmy Eat World makes emo, pop punk, alternative rock, and power punk. Their most popular songs are “The Middle,” “Sweetness” and “Praise Chorus,” all created in 2001. The Band’s highest charting album was Chase This Light.

“I think I would love to go to the Jimmy Eat World concert because my dad always raised me on rock’n roll and weird kind of music.” Natalie Meers, 9