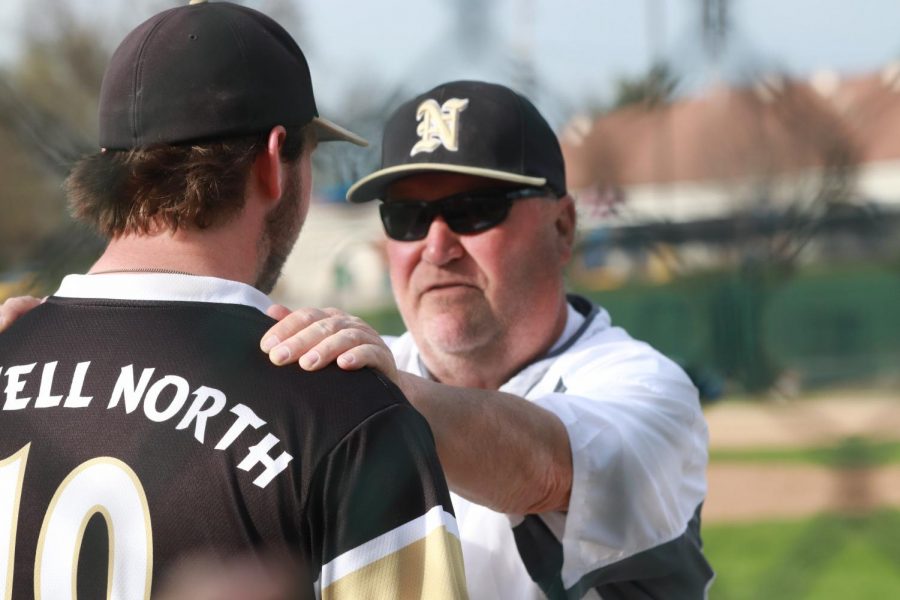 Last night the varsity baseball team played against DeSmet in their second game of districts which the Knights lost 3-0 ending their season with a record of 9-21. This season was very different for FHN, with going from an entire team of seniors to a whole team of new players.
“We had younger players this year [especially] juniors so it took a while to learn how to play together but we made strides and got better,” assistant coach Mike Freedline said. “[They] got stronger and adjusting to the speed of varsity compared to lower levels.”
Despite all the new players on the team, the knights still had a solid season on defense, especially with new pitchers such as sophomore Jackson Mitchell and junior Brayden Riggs who were two of the team’s top pitchers. The fielding was great as well, especially from players such as junior Adam Lange who led the team with 139 outs, and the fielding team overall really communicated and only committed 47 errors all season. The biggest struggle this season for the Knights was hitting, which was mainly due to all the new players adjusting to going against varsity pitching.
“We had a much better hitting team last year so last year so them just learning to hit varsity [pitching] has been a trial this year,” assistant coach Mike Freedline said.
Even though the Knights did not have very many experienced varsity baseball players, they will have a huge number of seniors next season just like they did their previous season along with Mitchell. FHN will have an entire team of experienced varsity athletes next season, and if they can all step up then the Knights could have a very competitive varsity baseball team, and Freedline and players such as junior Scott Pauley are very excited.
“I hope to win state, at least hit a homerun, and be a good teammate,” Pauley said. “Hopefully we gather up together and do good as a team and don’t worry about anything.”