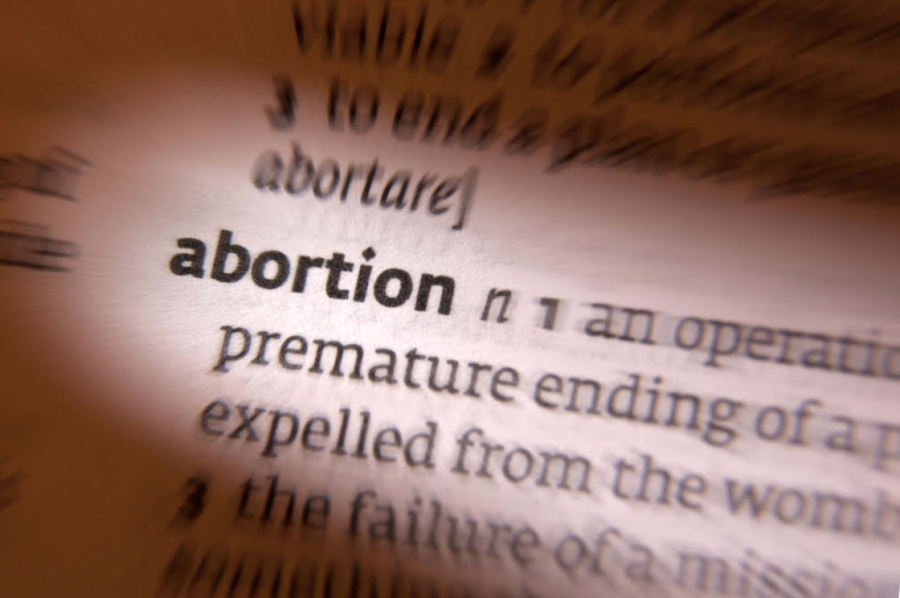 4. Abortion Isn’t a Religious Issue, This is a Human Issue [Opinion]

Growing up, we’re told to never hide the truth and never lie. I remember being a kid and getting in trouble for lying to a friend or teacher and having to suffer the consequences, but now we are no longer kids. Even as adults, we would hope that people would know the difference between right and wrong, but sometimes it’s hard to tell the difference between what is wrong and what is right.

One of my favorite things about being a journalist is being able to inform people of the whole, actual truth, which is why I’ve chosen to write about a controversial topic, abortion. The definition of abortion is the deliberate termination of a human pregnancy, most often performed during the first 28 weeks of pregnancy. During the first 28 weeks a baby is forming and when an abortion happens, this is what is being terminated.

According to Live Science, a brand new form of DNA is created that is irreplaceable at the moment of conception, this is when a life begins. Just 18 days after conception a baby’s heart can beat with its own blood. 28 days after conception, the baby has eyes, ears, a tongue and muscles. Arms and legs are forming. After 42 days, a skeleton is formed, the brain coordinates movements of muscles and organs and the jaw forms, including teeth and taste buds. Fingers and toes are developing. 45 days after conception, the baby makes body movements and by seven weeks the baby’s chest and abdomen are formed. At 52 days, the baby is developing fast and is able to do movements such as hiccuping, squinting, yawning, breathing and stretching. And just after 10 weeks, a baby can feel pain. Abortion isn’t a religious issue, but it is a human rights issue.

It is a human inside of another human therefore the child has their own rights just like the mother. Pro-lifers are there to hold the mother’s hand, because a women is strong enough to have the baby and shouldn’t have to listen to what society tells them is right. Although Planned Parenthood offers services other than abortion, there are 588 other healthcare providers in Missouri that will give women the same services except for an abortion. I would consider us being Pro-Choice as well, because we offer the mother multiple options other than abortion. As said by Steven Crowder, “I support four choices, contraception, abstinence, motherhood and adoption. The only one I have a problem with is the fifth one, which is murder.”

There was recently a movie released called Unplanned about the truth of what happens at Planned Parenthood, told by Abby Johnson. This movie is rated R; therefore the media is confirming that abortion is a violent issue. Minors can get an abortion, but they can’t go see this movie, let that sink in. I recommend everyone going to see it no matter what side you stand with. I am a firm believer that everyone has the right to believe what they want, but in order to do that you need to know all of the facts behind what you are choosing to support.

Having an abortion isn’t easy and is something that can have lasting effects on the mother such as anxiety, depression and many medical related issues as well. If you have had an abortion, that doesn’t make you a bad person and you can seek help by finding one of the many organizations that provides help. If you are pregnant or think you are pregnant, you can visit Birthright or Thrive, which offers many free services to help pregnant women. For quotes and answered questions from employees at Planned Parenthood. If you have any further questions or concerns, or you just need someone to talk to, reach out to a trusted adult, friend or you can contact me personally.