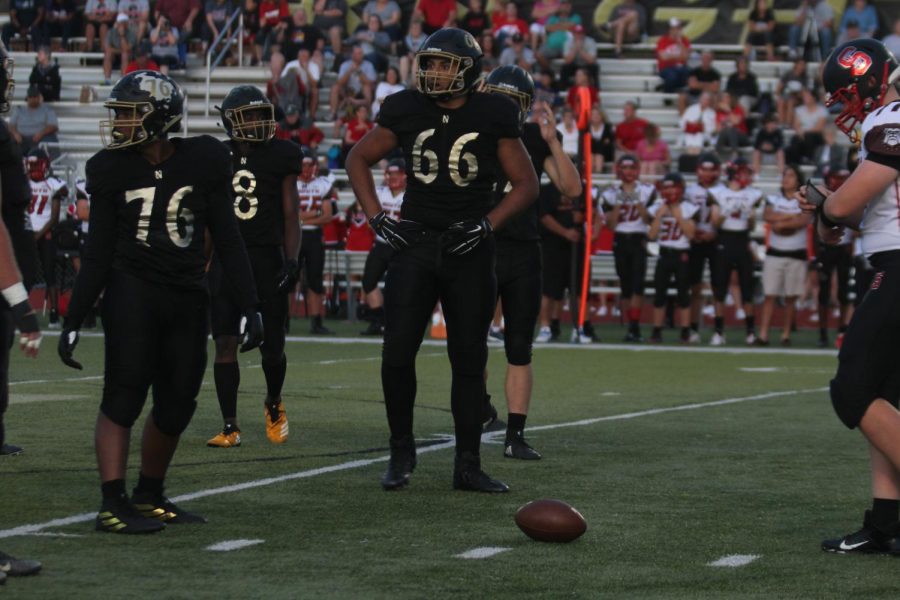 On Oct. 4 the Knights will be playing in their homecoming football game against FHC, and the team has high expectations for the upcoming game.

“[I’m] proud of every single Knight player,” varsity football head coach Brett Bevill said. “I think our offense is much improved, our defense is much improved, they need to work on still improving special teams but as far as the players, they’re all kind of but in and working really hard every day and that’s all you can ask for as a coach.”

Since Bevill began coaching the Knights, they have beat FHC twice and lost once. According to senior quarterback Patrick Koester, the team is a lot closer with each other now than they were last year, more concentrated in all the practices and are very prepared coming into the game.

“We obviously want to play really well and get a win on homecoming, and it’s like a really big game for us and we’re all super excited to play and play in front of everyone this year,” Koester said. “This year everybody’s got a lot of experience and a lot of us know what to expect more and we’ve got a lot of kids that have been playing for a while. But then, it’s also homecoming so there’s always going to be those nerves and it’s a pretty big game so we’re just gonna have to fight through those and just focus up.”

Overall, the Knights feel they have improved a lot from last year and are expecting a better season and a great homecoming game. The team is hoping to come out with a win.

“Considering last season we didn’t even come close, this season’s been improving on that,” Bevill said. “We’re still trying to figure out how to actually win the game instead of just being close. Everyone’s been working really hard as a team to get better every day and I feel like we’re doing that. [Our] biggest strength is that I feel like our line has much improved this year, our weaknesses [are] probably trying to finish either games or finish drives.”