A Look at Hinduism 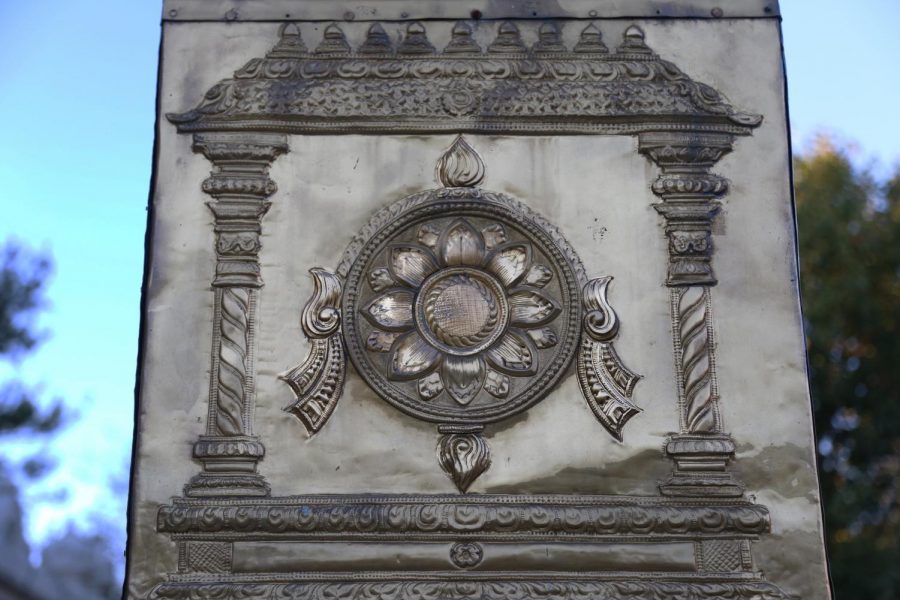 A sudarshana chakra pressed into brass rests on the pillar standing outside the temple. The symbol, whose name translates to "disk of auspicious vision" in Sanskrit, is associated with Lord Vishnu. Lord Vishnu, who acts as the preserver of the universe in Hindu religion, utilizes the chakram (which translates to disk/discus) as his weapon.