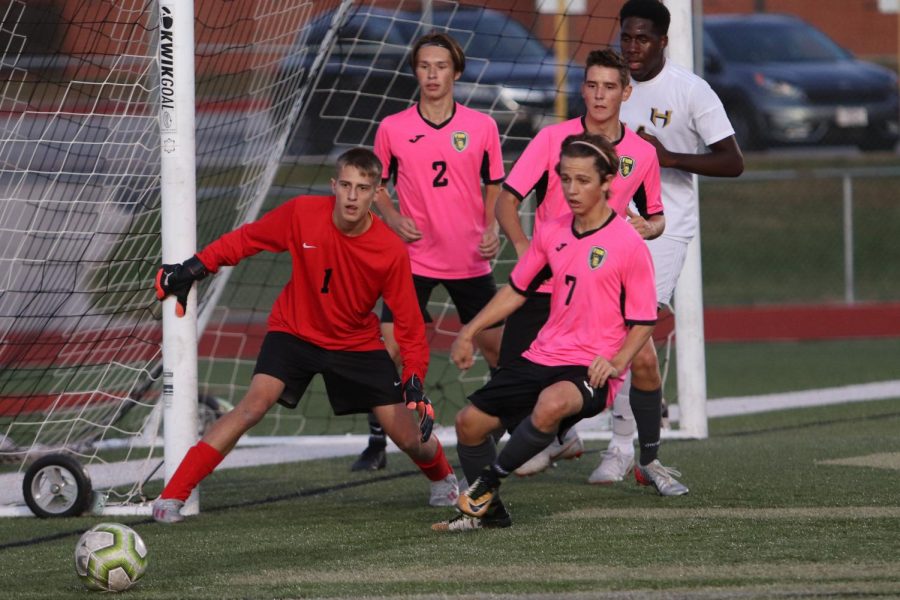 On Oct 8, the FHN boys varsity soccer team took on Holt at the FHN Stadium field. The Knights fought hard in the first half, but Holt was able to score three goals against the boys. After an intense talk during halftime, the Knights gave Holt a run for their money, but unfortunately, Holt slipped in another goal in the second half and ended up winning the game 0-4. (Photos by Phoebe Primeau)