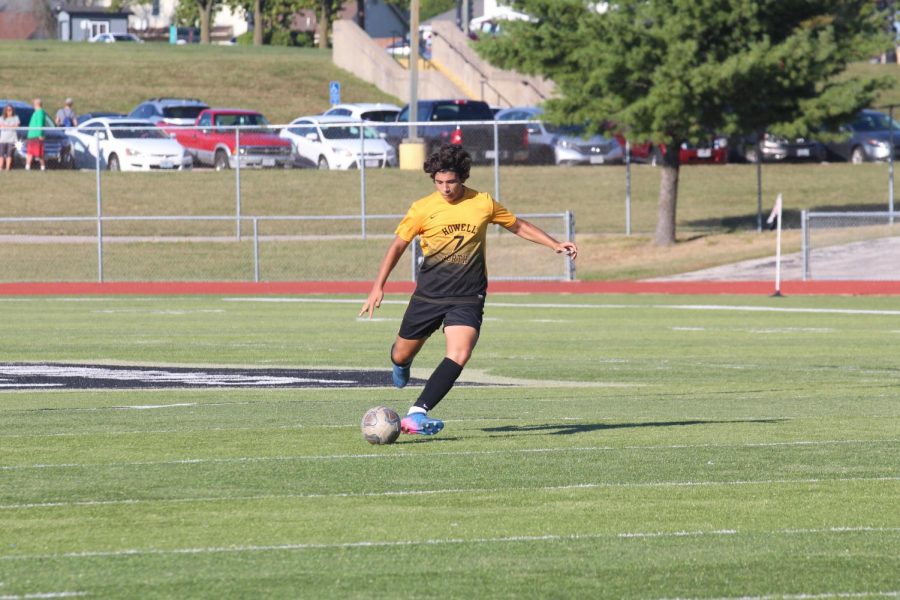 On Oct. 8, FHN played a JV Boys Soccer game at home against Holt High School. Sophomore, Koen Schaffer opened up the Knights scoring with a goal to tie the game 1-1 in the 35th minute. Sophomore, Khalin Shah scored six minutes into the second half and freshman, Jack Galkowski followed soon after with a goal in the 11th minute of the second half. The Knights ended the game with a 3-1 victory. “It was definitely one of our better-executed games so far this season so I’m really glad for that,” Koen Schaffer said. (Photos by Alayna Furch)