Teachers at FHN Get Different Budgets 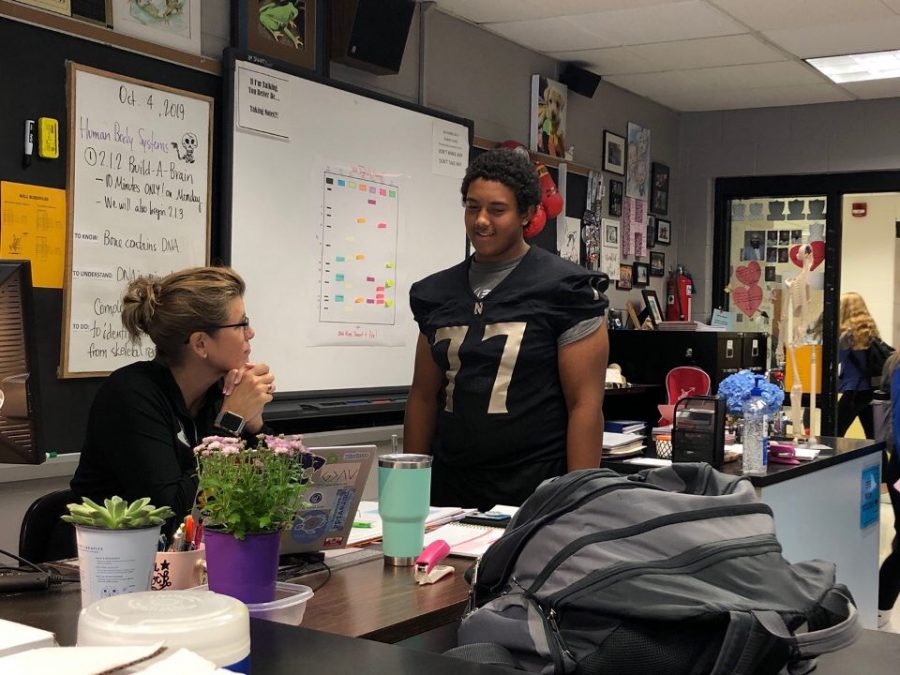 Millions of dollars are managed by District Finance every year in order to keep the schools running smoothly. An important part of creating a school environment is the process of allocating money for teachers to spend on their classrooms needs.

This job falls on the Director of Finance, Cindy Reilmann. In addition to supervising audits, federal programs, payroll and nutrition services, she also helps to plan the budget that teachers get for each school year. She manages over $230 million for the district.

“We start with a zero based budgeting concept where everybody starts at zero,” Reilmann said. “So I don’t give buildings a dollar amount that they can budget from.”

It’s up to the teachers and department heads to make a list of what they need. Principals and administrators are in charge of putting the requests in, from which Reilmann will create the budget.

Project Lead the Way teacher Dawn Hahn’s budget is partially based on buying the consumable materials she needs to run her class. She buys things like synthetic blood, blood pressure cuffs and stethoscopes almost yearly from biological companies and stores for the PLTW classes.

The budget for the next school year is decided and worked on throughout the year with the finalization occuring in April.

“During the months of February and March, the Chief Operating Officer [Kevin Supple] and myself meet with every budget owner, a building principal or a director, or a chief academic officer, anyone who owns a budget, and we talk through all their requests and get justification as to why they’re requesting what they’re requesting,” Reilmann said.

With the high use of materials in Hahn’s class, she often finds herself prioritizing the replacement of equipment.

“A lot of the equipment that we use is very delicate equipment,” Hahn said. “And because of the fact that a lot of our students are using them for the first time, it doesn’t last probably as long as it would in a lab setting. Just replacing the things that are broken is probably what takes most of our money.”

Other teachers use district allocated money for different things. English teacher Courtney Freeman works to provide both classroom needs and resources with the budget of about $100 each year. She typically buys necessary supplies for her students first: pens, sticky notes and folders.

“After that I really do kind of focus on if there is a resource that can help me either become a better teacher with a new skill or a new strategy,” Freeman said. “Or is it something that can help them with new skills and strategies? Like some years I would buy a new AP resource.”

Some years Freeman has supplies left over from previous classes. Other times the supplies are gone by the end of the first semester.

“I’m constantly trying to shift but the necessities I will usually do yearly,” Freeman said, “because if we don’t have paper and pencils, it’s hard to move forward. It’s nice to have a budget for that.”