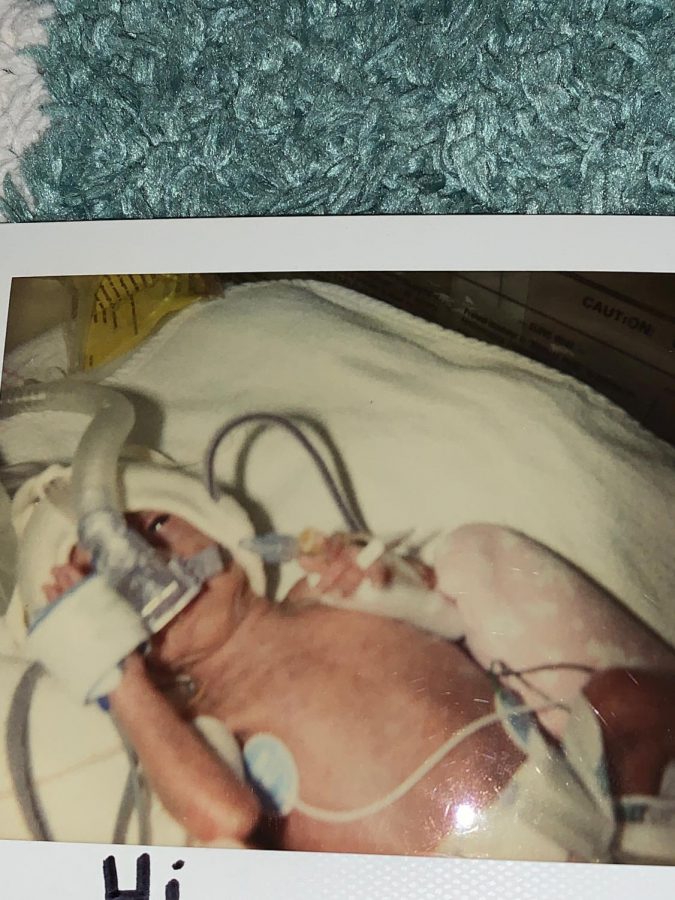 A junior at Francis Howell North, Madelyn Medley was born three months early which makes her a preemie baby. Due to her having such an early birth she still struggles with many health issues. Madelyn’s mother, Gina Medley, visited her doctor around her first trimester only to find out she needed to be rushed to the hospital immediately. There were complications with her pregnancy.

“I was scared and afraid there was something wrong, I tried to stay calm but when it comes to things like this it’s hard to put on a brave face,” said Gina.

When she arrived at the hospital, Gina came to find out she had gone into labor. Fortunately, the doctors did all they could to delay the pregnancy longer. They gave Gina many shots and medications to accelerate the babies development and further organ growth. Approximately three months later Gina went into full labor. Gina had to have a C-section, although it put her in a life threatening position.

Madely and her twin sister, Ashley, were sent directly to the NICU. Neither of the twins were breathing. Unfortunately, Madelyn’s twin Ashley passed after 11 hours due to a brain hemorrhage. Madelyn shortly after was rushed into heart surgery.

“I still have a scare from where the incision was made. They didn’t expect me to survive. It was kind of a miracle,” Madelyn said.

Even to this day Madelyn still suffers with problems due to her sudden birth. She indures severe lung and sight complications. Madelyn and her mother always remorse over Ashley’s death.

“It’s like living without another half of me. I’m thankful I have my parents to support me throughout everything I do.”