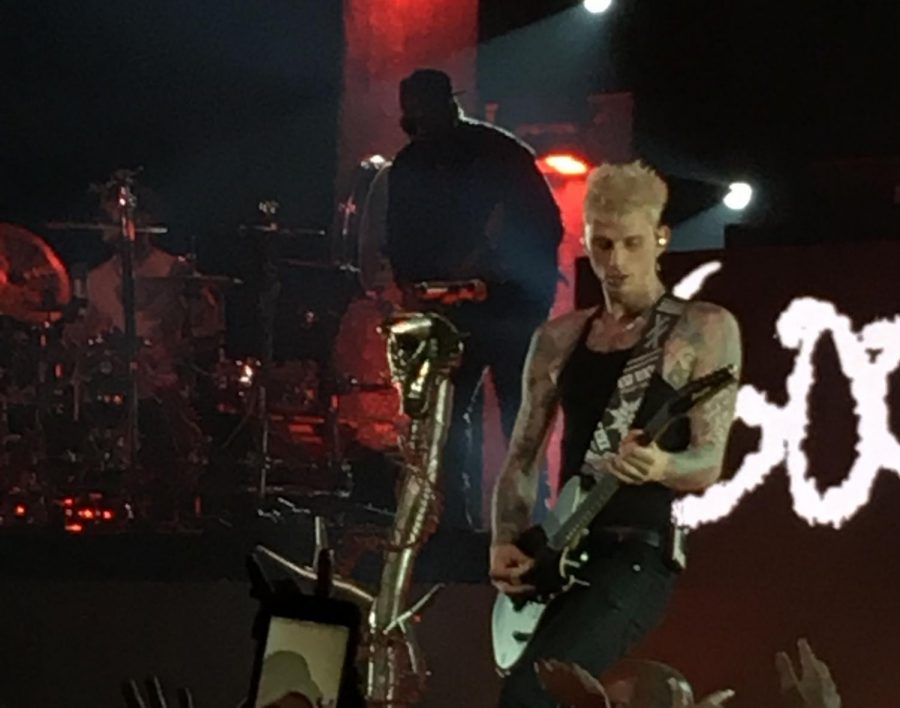 With the recent conclusion of his Hotel Diablo tour, celebrating the release of his album of the same name, rapper Machine Gun Kelly (born Richard Colson Baker) will be at the Family Arena this Halloween to perform. As a fan of Machine Gun Kelly since 2016, Junior Melena Hammond just cannot wait for this concert.

“He’s very hyper, and like not scared to, or afraid to share his life, and what he’s been through, and I just really love that about him,” Hammond said.

The Hotel Diablo album, the fourth of MGK’s studio releases, features quite a few collaborations with artists like Trippie Redd, Madison Love, and YUNGBLUD, as well as a small skit featuring one of his best friends, comedian Pete Davidson.

“I love Glass House. It’s such a good song. And Candy, I just… Trippie Redd and Colson together, amazing,” Hammond said.

Machine Gun Kelly concerts are very theatrical, complete with a set fitting for the “Rap Devil.” Hammond described them as “energetic and very loud.”

“When he, like, comes out from the bottom of the, like, stage, I love it because there’s just so much excitement,” Hammond. “Everyone is so ready to see him, because we’ve been waiting so long.”

This upcoming concert will be Hammond’s third time attending. She’s been to previous concerts, once in August of 2016 and once in June of 2019. Her love of his music keeps her coming back.

“Very real. Something you can connect to easily. Because he’ll talk about relationships or just real life stuff,” Hammond said.

Hammond has many favorite songs of Kelly’s, but one stands out.

“Probably, ‘Lately.’ It’s not even a sad song. I just love that song. It’s just talking about crazy thoughts and how stuff can get hard. He always finds a way to get through that,” Hammond said.