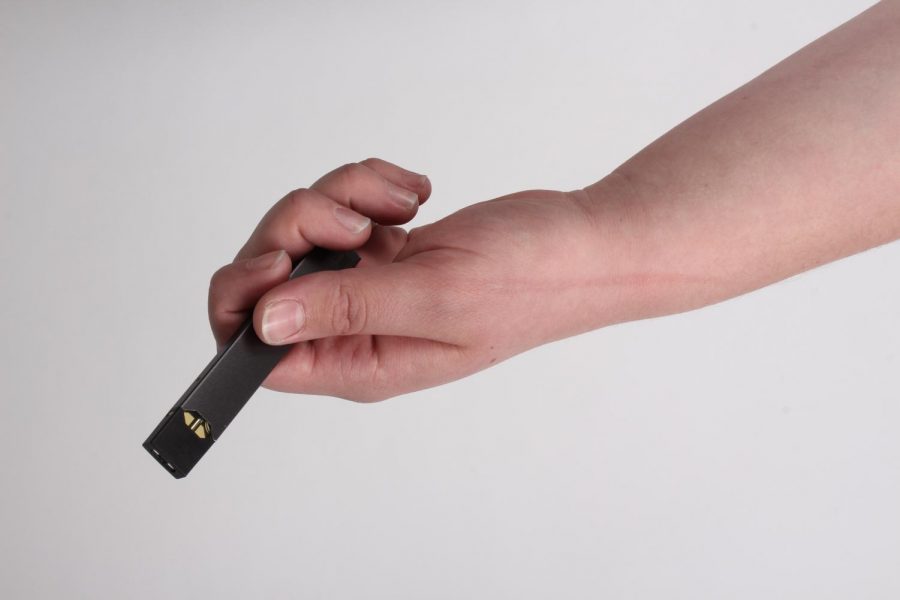 It’s almost always on his mind. It’s inescapable. The urge to vape is a never ending cycle, one where picking up a Juul is the only way to decrease stress. FHN alumni Tyler Crook started vaping in high school and hasn’t stopped since.

“Whenever I’m really stressed out, all I can think about is hitting my nicotine,” Crook said. “It sucks though, it would be so much better to find healthier coping mechanisms.”

Graduate of class 2019, Tyler Crook is now taking a year off and saving up money for college. His journey with vaping began in high school when his senior friends offered him a hit off their Juul. According to Crook, the smoke tricks and having friends who vape is what influenced him to take that first hit.

“I started off with no nicotine, it was just cool to do the tricks and practice the tricks,” Crook said. “Then I started hitting Juuls and liked the nicotine buzz and kept going, kept buying it.”

Soon after vaping, the road to addiction became clear. That need for the buzz of nicotine took over his life. Crook remembers leaving classes to vape in the bathroom. Even now, Crook vapes frequently throughout the day.

Vaping has caused other problems in Crook’s life besides struggling with addiction. Vaping  caused tension between him and his parents who continually tried to stop him from vaping. According to Crook his parents would find and confiscate his Juuls back in high school but now they are more accepting of his habit.

“They don’t mind anymore because I’m 18 and they understand that I’m going to make my own choices,” Crook said.

Because of multiple vaping-related infractions during high school, Crook lost out on the A+ program. This program could have given him two years of free college at SCC. Vaping also caused tension between him and his parents who continually tried to stop him from vaping.

“I’ll still get there [college] but I had no idea how much that [A+ program] would have helped me now,” Crook said. “It [vaping] ruined a lot of things.”