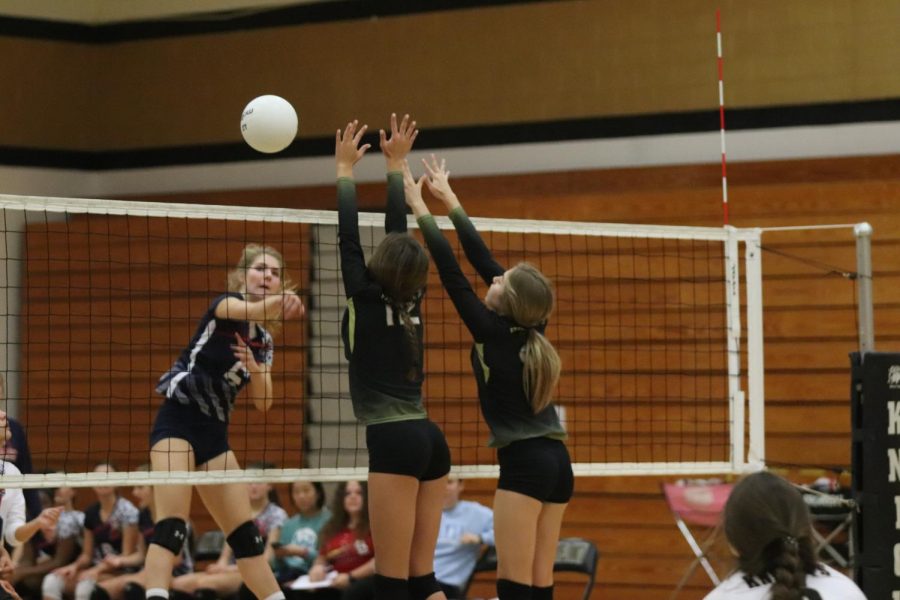 When the 2019 FHN girls varsity volleyball season came to an end, there were mixed emotions from both new and returning players. For many of the girls, it was their final season playing volleyball especially since five players on the team were seniors.

“Since being a senior, I think the thing I am going to miss most is getting to spend everyday with my closest friends that I would not have made if I didn’t play volleyball,” Kylie Schaffer said, who has been playing on the varsity team since her sophomore year. “Even though I am going to be playing in college it won’t be the same playing without my girls from high school.”

“It was a very big jump from the freshman team to varsity and a bit scary because the girls were much taller and hit a lot harder, but I was ready because I always used to talk about being varsity when I was younger,” Bargen said. “I trained really hard by playing club volleyball and by doing clinic and camps. I worked on things I struggled with and I mastered them. Just in this season alone I improved by knowing how to read the ball not only by seeing where she was hitting by how the hitter was hitting.”

Junior Cate Hahn was another new player who moved up from JV to varsity. Throughout the season she developed her skills and eventually won All Tournament team at both the St. Charles High School Tournament and the Lutheran St. Charles Tournament. Hahn has been playing volleyball since her freshman year and has played for all three teams; freshman, JV and varsity.

“My favorite game was when we played Lutheran High in the championship game of their tournament, because it was the best we have ever played and although we didn’t win we played for each other to reach a common goal,” Hahn said. “I hope that next year we are still able to play for each other, not individually, and although we are losing our seniors, we can keep the team unity that we developed this year since it is so strong.”