On Oct. 7, FHSD Filed a Lawsuit Against the E-Cigarette Company Juul 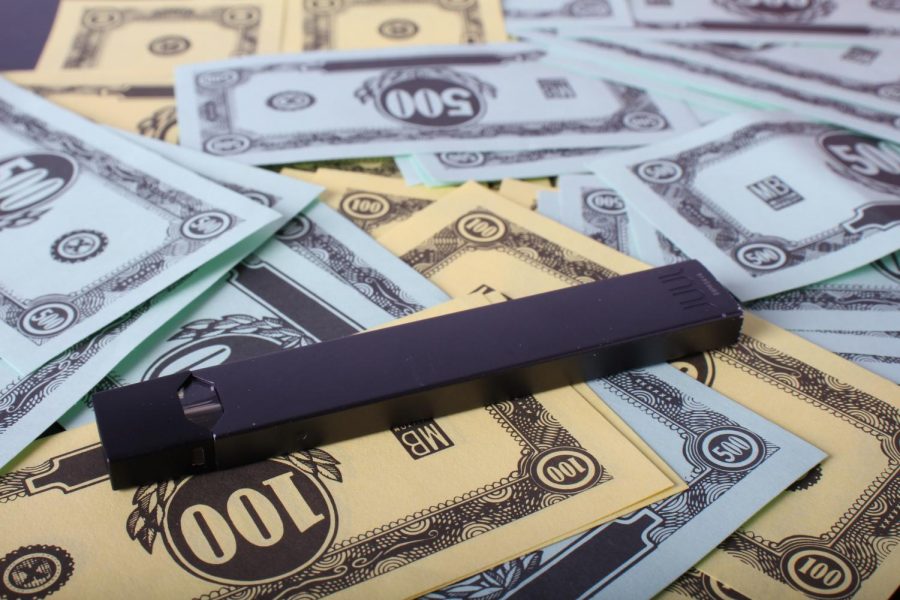 After seeing the effects vaping and Juuls have had on teens and paying for the damages FHSD has experienced because of this, FHSD has filed a lawsuit against the e-cigarette company Juul. The lawsuit was filed on Monday, Oct. 7. It follows the actions taken by two Kansas city school districts Goddard and Olathe. More and more districts are now filing lawsuits against Juul including school systems in Long Island, New York and La Conner, Washington.

“Juul improperly advertised to individuals that were too young to legally purchase their products without informing the individuals of the dangers of vaping,” District Attorney Cindy Ormbsy said.

The idea of the lawsuit was first brought up within FHSD when Ormbsy was asked by a Kansas City law firm, already in the process of suing Juul, to bring the proposition to the school districts she represents. According to Ormbsy, the FHSD school board then decided that suing Juul was the correct decision for the district.

“We see teachers having to take time out of class to deal with student vaping,” Ormbsy said.    “[FHSD needs] additional hallway monitors because students are vaping in the hallway and in the bathrooms.”

From 54 nicotine related infractions five years ago in FHSD, to 248 last year, there has been increased disruptions throughout the school district. According to Ormbsy, FHSD doesn’t have the resources to deal with this. Money is being spent on more programs and resources to help stop students from vaping. In the 81 page lawsuit against Juul, it lays out the groundwork for the case. It provides detailed examples of how Juul is marketing towards teens. FHSD wants reimbursement for the costs and damages Juul use has had on the district.

“The number of nicotine related discipline incidents is going up and that is probably not going to reduce anytime soon, so the goal is to get funding to deal with and pay for all of these programs and education and time spent by employees for past, present and the future until this problem is resolved and that way taxpayers money is not having to be spent to deal with these issues,” Ormbsy said.

The lawsuit has gotten mixed responses from the public. Many are concerned about how it was being paid for, but the lawsuit is not using taxpayer money and any settlement from Juul will be used to pay for the cost of legal fees. This lawsuit also was under some controversy from parents, many commenting on FHSD’s Facebook statement about the lawsuit saying that it wasn’t the school district’s right to sue on behalf of the students. Others commended the district, saying they are proud that FHSD is doing something to stop nicotine addiction in students.

“The school district’s still going to hold students accountable for violating school policy, it’s not letting students off the hook, it’s just they [FHSD] decided to also not let Juul off the hook,” Ormbsy said.

At FHN, assistant principal Jeff Blankenship has noticed the effect vaping has had on the school. He believes the biggest problem vaping has caused is disruption in classrooms. Teachers are spending more time disciplining students and getting less time to actually teach, according to Blankenship.

“It’s just taking away from a learning environment and kids are trying to get away with something that they shouldn’t be doing,” Blankenship said.

FHN changed their policy on vaping for the 2019-2020 school year to hopefully cut down on the vaping infractions. Now both vaping and having possession of a vape will earn three days on in school suspension. Blankenship hopes for students to realize the potential damages one can get from vaping.

“I guess the biggest thing is just understanding that it’s not healthy and it’s not something that you may not feel the effects of today or tomorrow or even this year but you are doing things to your body that are not healthy and are not natural,” Blankenship said.

Ormsby hopes for more schools to join the fight against Juul. She claims to confident going forward.

“We are just dealing with an issue that the district didn’t create but they are having to deal with,” Ormbsy said.