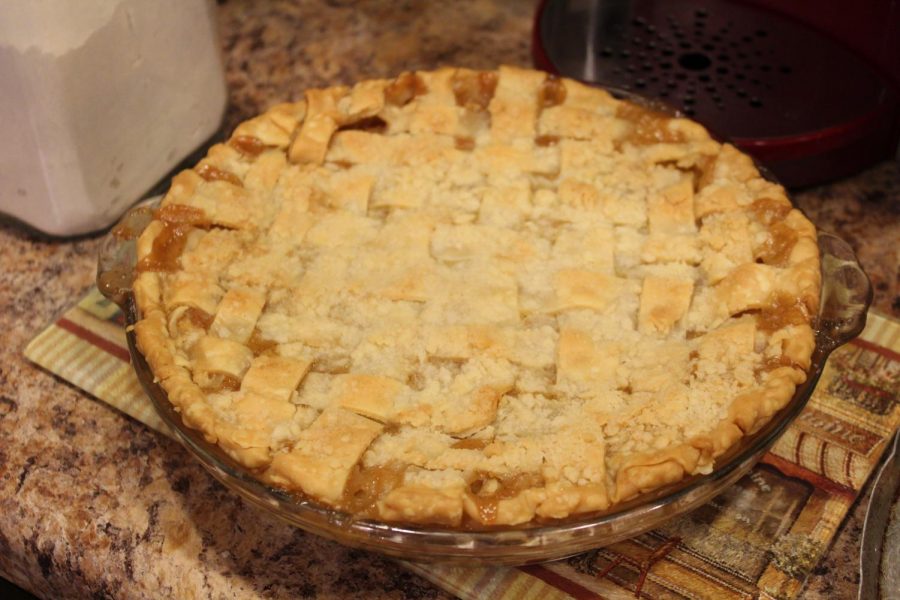 “I like seeing my family and the atmosphere around the holiday,” sophomore Gavin Schroeder said.

There are many different Thanksgiving traditions, each one unique to one’s family. Many families enjoy watching football games and some the Macy’s Thanksgiving Day Parade. The highlight of most people’s Thanksgivings is the food. Common dishes include turkey, stuffing, casseroles, rolls and desserts, especially pies.

“I refuse to eat turkey. My favorite food is mashed potatoes because they are amazing when my sister makes them,” senior Riley Witherbee said.

Another common tradition amongst families is Black Friday shopping. The day after Thanksgiving is Black Friday, when many stores give discounts on their merchandise. It is considered by some the unofficial beginning of the Christmas season as people like to begin their holiday shopping.

“I don’t participate in Black Friday shopping because there is too many people for that,” junior Carolyn Green said.

“Honestly, I think it depends on the person,” sophomore Aidyn Gleason said. “However, if you do Christmas before November, that’s excessive.”

Thanksgiving is a wonderful holiday filled with food, family, and thanks. While to some it may seem like a forgotten holiday in the midst of Halloween and Christmas, it holds a special place in many people’s lives.