Softball Wraps Up Their Season 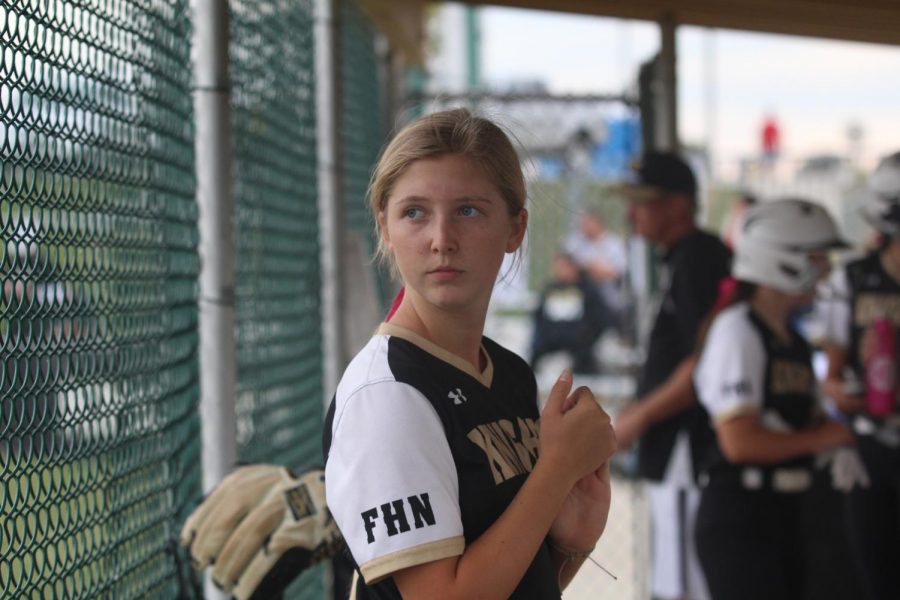 The Knights softball team started competing in their first game of districts on Oct. 16. They were ranked as the number five seed and played Fort Zumwalt North, who had the number four seed, and the Knights defeated them 13-3.

“We played pretty well so we were pretty excited to play the next day at Francis Howell Central, who had the number one seed,” head coach Mike Freedline said. “They had already beat us three times this year so we knew it was going to be a tough game.”

Francis Howell North played Francis Howell Central on Thursday and started off the game well, but then had a couple errors, gained unearned runs and eventually lost 0-10. For next year, the Knights have high hopes and expectations.

“We’ll be changing conferences, so going into the new conference our goal next year is to win the conference as we come into it next year,” Freedline said. “Our seniors led the team real well, and everybody stepped up and improved from the year before, so they all did a pretty good job.”

“This season we ended up having a lot more upperclassmen, since we were such a young team last year, and we ended up getting farther into districts this year,” junior Becka Brissette said. “We want to win conference next year; we changed conferences and we want to ended up winning and go farther in districts and I want to hit better and get my stats up.”