Adelle Gertsch is Training to Become an Acrobatic Circus Performer 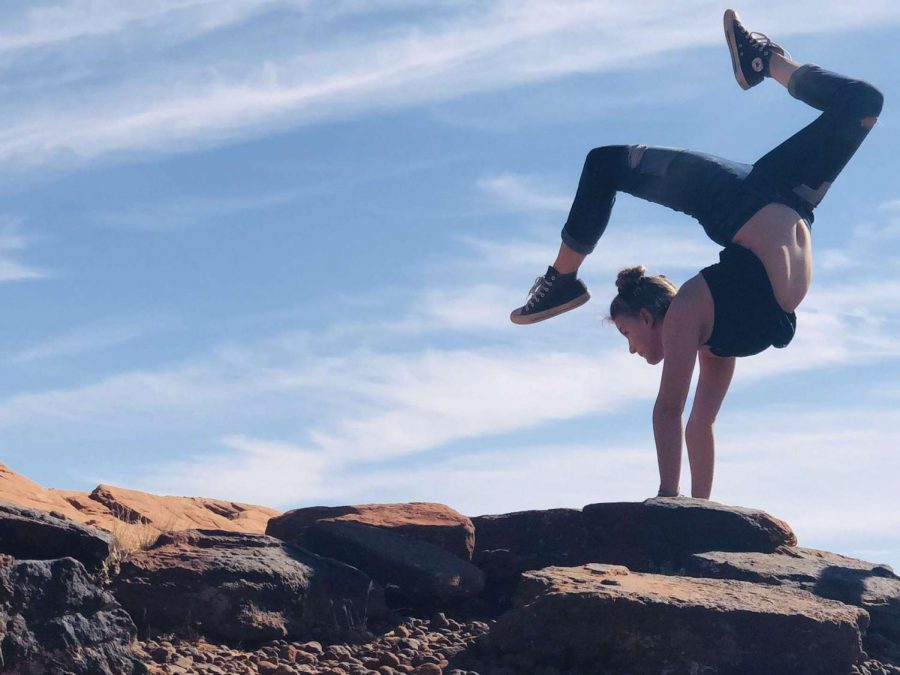 Doctors, lawyers, firefighters; the common answers to “What do you want to be when you grow up?” But sophomore Adelle Gertsch doesn’t want to be common. She wants to live in a unique way, and for her, that means as a circus performer.

As a child, Adelle was very active, even doing gymnastics at the age of five. She showed a clear inclination towards the performing arts.

“I mean, Adelle has always been a monkey basically,” Adelle’s mom Carolyn Gertsch said. “She was always climbing on things, hanging on things, always been a kind of a daredevil not afraid to try stuff. So yeah, it wasn’t surprising to me at all that she wanted to do [the circus].”

Circus Harmony, the program Adelle uses to learn circus skills has multiple levels. Seeing the highest levels of their classes, Circus Flora, perform was what inspired her to join.

“I always went to the Circus Flora, and I always was enjoying the show,” Adelle said. “But I always thought like, man, I just wish I could do that. I always wanted to be able to do those amazing tricks. When I quit softball my parents were like let’s harness this energy, and I was like, maybe aerial silks?”

Every performer at Circus Harmony has to take basic classes covering the usual skills of juggling and plate spinning. Adelle, however, focuses specifically on contortion and aerial silks.

“In my contortion class, we get all bendy,” Adelle said. “Sometimes we’ll do a bridge and then someone will do like a chin stand on the person doing a bridge, stuff like that. In my aerial classes we work on trapeze skills and Aerial silk tricks.”

The path to a career in the circus is paved the same way as many other careers. She studies hard, applies for colleges, and after going to the colleges, she can be hired for the best gigs. The only difference is in the content of the classes.

“You don’t have to take science or math classes because it focuses on what your actual career is,” Adelle said. “It’s more of your art form and trying to master it.”

Deanna Massie is a college professor, educator and researcher. She’s known Adelle since Adelle was about five years old and was ecstatic to hear that Adelle wanted to be a part of the circus.

“We have become a society that’s too focused on stuff that won’t make everyone happy,” Massie said. “Adelle has always been bored in school and she’s always had higher goals. I was super excited that she found a track she wanted to do that would make her happy.”

For Adelle, it’s not just a place that she can expend her energy but, it’s also a place where she feels like she truly belongs.

“Circus was originally where all the weird people went, the outcasts, where they could be outcasts together,” Adelle said. “And so it’s just nice that the circus community is very inviting and appreciates everyone. I love everything about it.”