Proposition S is Going on the April Ballot 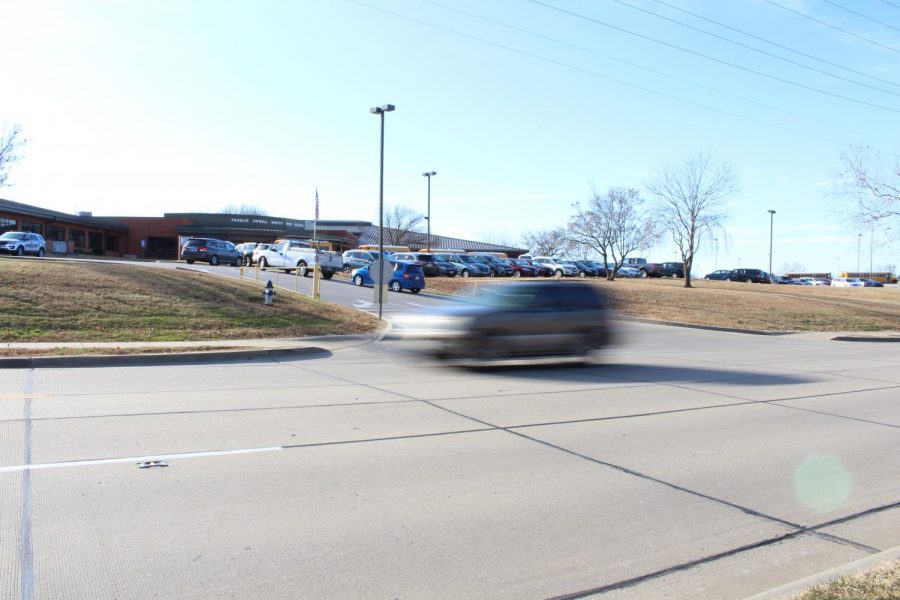 A car drives by FHN at the end of the school day. FHSD proposes an opportunity to save money on interest costs late last year. The Board of Education holds monthly meetings where they discuss issues involving money and other matters in the district. Recently they have decided on a ‘No Tax Increase Bond’ which they will discuss at the Jan. meeting. (Photo by Anna Hollinger)

In late December, the FHSD Board of Education voted unanimously in a 7- 0 vote to put a ‘No Tax Rate Increase’ bond on the April 7 ballot. This vote does not decide whether the bond itself has passed, only that taxpayers and community members can vote on it when it’s on the ballot.

“I’m ecstatic,” FHSD Board Director Michelle Walker said. “It’s going to be fantastic to get a new high school on the north end of the district and I think it will be good to be able to address the issues that we need to address in all of our buildings, so that we don’t have to worry about something breaking and not being able to have school.”

The ‘No Tax Rate Increase’ bond is a bond that is asking a total of $244 million from the state. This allows for community members to have the same tax rate unless their assessed value is increased. The district is putting bonds out and when people buy the bonds the district will pay them back with interest. Then they will receive this money in increments throughout the next several years. They are asking this much money now so that they don’t have to come back at a later date and ask the community for more money.

The district has phases already in place, so if they get the votes and the ballot is passed in April they know what needs to be done. With the money, the district will be updating older buildings such as Henderson, Becky-David, Fairmount, Barnwell and Hollenbeck. They will also be building a new FHN building with these funds because of the magnitude of repairs that are needed for the school.

“These are proposed items, [because] we know that construction costs change sometimes, administrations can change,” Chief Communications Officer Matt Deichmann said. “Those are just the big ideas.”