Senior Andrew Durham is starting his first year of mock trial as a senior. 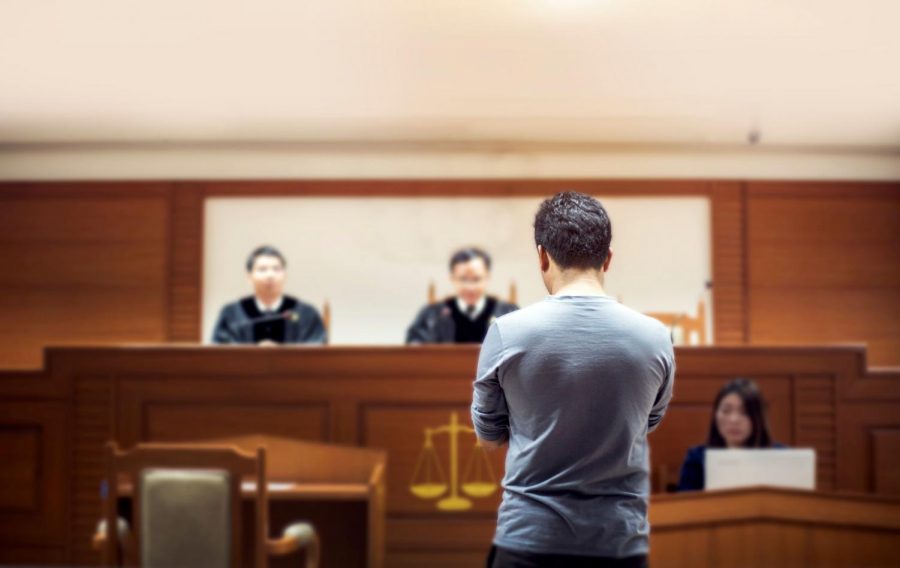 Sweat drips down the prosecutor’s face as he fumbles through his notes. Across the room, the defense attorney has a polite but subtle boastful smile for he knows he’s won. This may seem like a scene from a TV show or a big time court case, but with mock trial, high school students have the opportunity to emulate these cases. New member of the club and senior Andrew Durham would seem to lack prospects joining so late in his high school career, but he’s proving that he’s just as good as his veteran peers.

“Other clubs are competition based, but with this you’re in a courtroom, you have a jury and you have judges,” Durham said. “It’s different every time, like there’s a new court case we spend months working on. It’s a lot more intense than your other laidback clubs, but it’s still fun.”

Mock trial is an academic-focused club that simulates a court case. The case is created and assigned by BAMSL (The Bar Association of Metropolitan St. Louis) to be fit for high school students. During the simulation, the students will play the roles of the attorney or witness on the sides of plaintiff and defendant.

“It’s [mock trial] basically a competition where one team plays the defendant and one team plays the plaintiff, and you go and compete and you actually go in front of a judge and have a real court case that you battle it out in,” Durham said.

The club is most attractive to students wanting to pursue a career in law, but it’s still fun for other students such as freshman Ella Struble who wants to go into orthodontics.

“It’s a community, and it’s a lot of academic thinking,” Struble said. “It’s something we work very hard to do.”

Durham joined mock trial this year, so it would seem he’s started at a disadvantage. However, the club is friendly for new members who are put on what they have dubbed the “baby team”. According to Durham, it’s mostly down to skill for success in the club than time participating.

Durham, wanting to be a lawyer, sees the club as more than just an after-school activity, but instead an opportunity and head start.

“You gain experience of what it’s like to actually go to a trial, so whenever you go to college you already have that,” Durham said. “You’ve learned all the objections that people make, and you’ve learned the type of questions people ask and all that.”