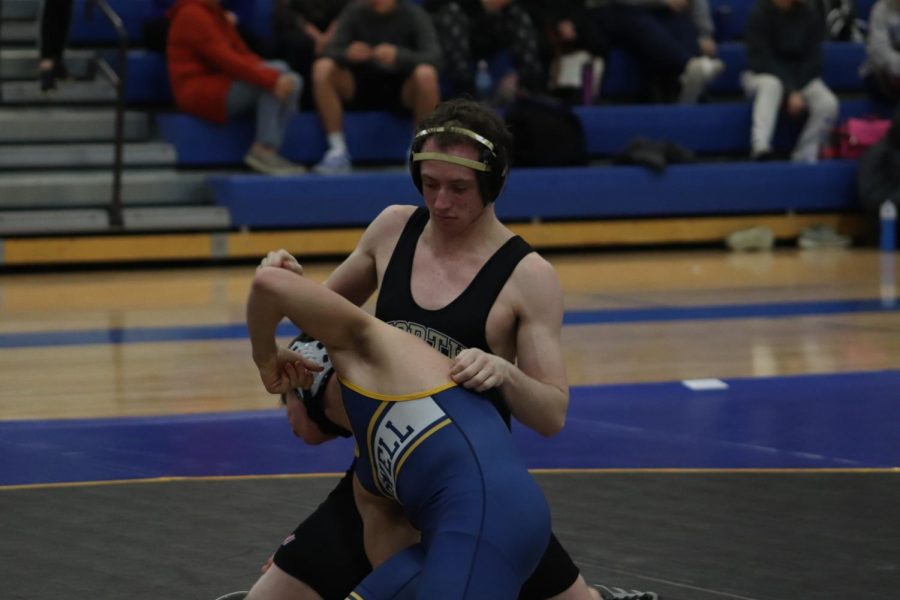 On Feb. 4th 2020, the Francis Howell North varsity wrestling competed against Fort Zumwalt North at home. The team came in strong and prepared, and wrestled their hardest but lost.

“We did alright,” head coach Chris Brown said. “We’re a young team and [we’re] going to have some ups and downs we had a good match with [freshman] Mason Apple getting a win over a kid that we needed to get criteria on over districts, and [junior] Jesse Collins pulling out a big pin at the 182 match, I was really impressed with [junior] Ryan Long who had a great match and made one mistake that had to end up paying for it but I’m excited about him being in our line up now.”

According to Collins, so many of the wrestlers do really well in the practice room and are really good at certain things and then have gone out in their matches and don’t do as good as they do in practices, and he feels like they’re just nervous because many of them are first year wrestlers this year.

Overall, the Knights varsity wrestling team and the program in general is very young but as time has gone on, everyone has gotten better and the team looks to come in strong and do really well in districts moving on.

“We’ve got a lot of young guys trying to get varsity time in and gain more experience and become more confident in themselves leading up into districts for next weak,” Brown said. “We’re getting a lot better on our feet that’s probably on top we’re starting to grind on our opponents better, hold them down better that’s something we’ve been stressing all year so that’s a good positive thing to see we just got to stop giving up so much back points.”