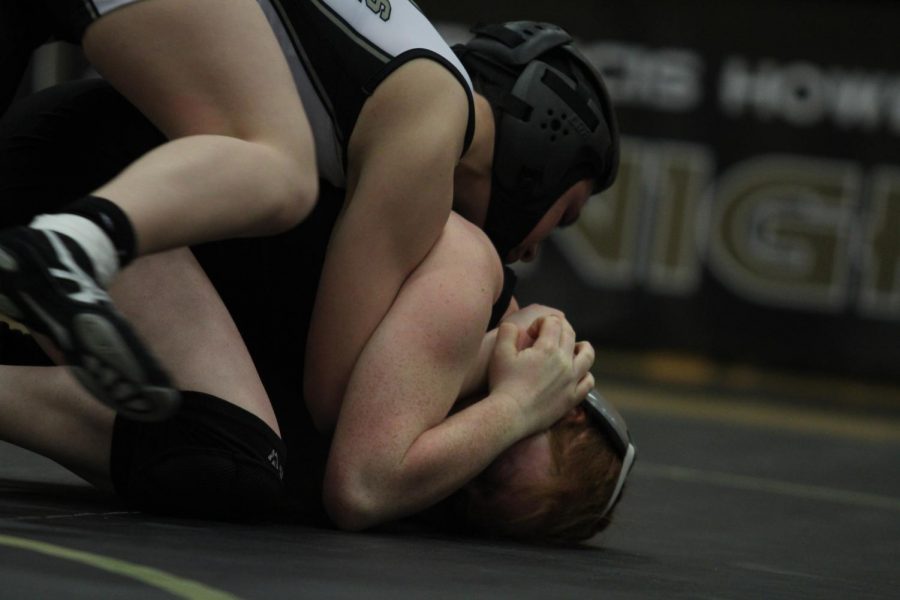 “It was an exciting match,” head girls wrestling coach Sean Fowler said. “It could have gone either way. She was wrestling a fantastic athlete, so she pulled ahead and then pinned her. It was very exciting. It was gratifying.”

Steigerwald did jiu-jitsu and has really shined as a true athlete in the wrestling program.

“[Steigerwald]’s a really hard worker,” senior teammate Erin Fleming said. “She did little league wrestling but she came into the season basically like a first year. She just really pounded the rock and grinds super hard in the room, she works really hard in practice.”

According to Fowler, Steigerwald competed in a very tough wrestling match and was able to pull away with a strong victory.

“It shows a lot of promise you just never know from year to year who’s going to be there,” Fowler said. “But [Steigerwald] shows up, works her butt off and is aggressive on the mat and we look forward to this as just being the beginning of a great career with us.”

On Feb. 6, Steigerwald placed third at McCluer North and on the following Monday it was announced to the school that Steigerwald qualified for the state wrestling tournament.

“My big goal is to get my name on that wall and by doing that you have to qualify for districts and then state and place at state,” Steigerwald said. “[The team] feels like my second family and I feel I can be myself around them.”