Varsity Boys Basketball Has High Hopes for Remainder of Season 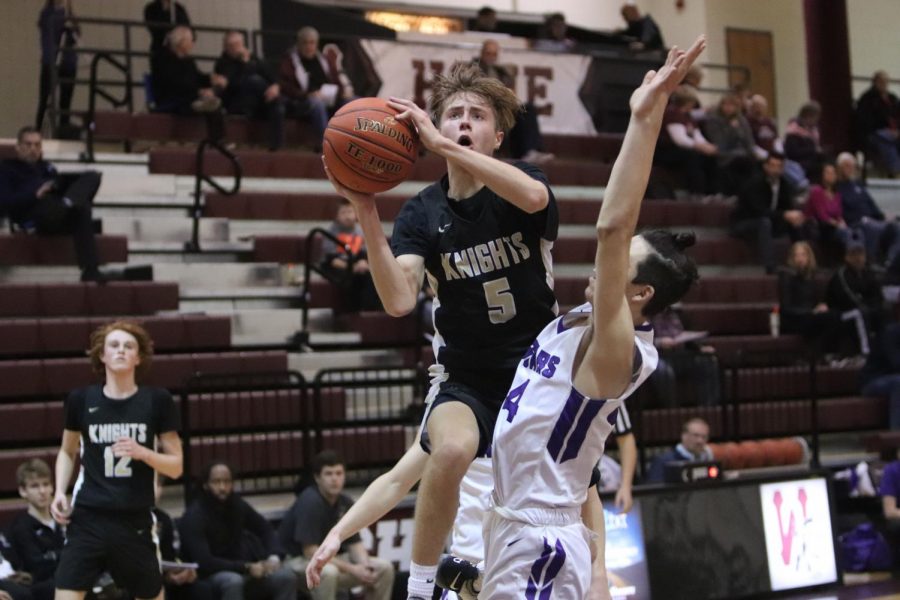 The varsity boys’ basketball team is working on ending their season strong. There are only three games left in the season and on Friday they have an away game against Troy Buchanan High School.

“We started off rough but it’s a minor setback for a major comeback,” junior player Joshua Teemul said.

The Knights had previously played against the Troy Trojans on Jan. 14 and lost 27-64, but the team remains hopeful of a victory for their upcoming game against the Trojans on Feb. 21. The FHN season started off rough with a consistent losing streak but the team  often got close in scores to winning. On Feb. 4, the team won their first game of the season against FHC 54-48. This victory gave the team hope for future games and provided a morale boost for the team and coaches.

“Just a few hiccups in our game [against Troy],” Teemul said.

As the season continues, the team has grown closer and keeps their outlooks positive. Despite many defeats, they continue to be hopeful towards a victory and progress as a team. Junior Braden Darnell has been playing on the FHN basketball team throughout high school and is optimistic about how the team will play for  the remainder of the season.

“[At the start of the season] we weren’t working together as a team and now we’re starting to improve,” Darnell said.

The team is preparing for their next game against Troy, along with their game away at FZW on Feb. 25 and their final home game against Timberland high school on Feb. 27.

“I think we may come out with a dub [against Troy],” Darnell said. “We have prior experience of playing them. We know their tactics and their plays so we may come through.”