Meet the Candidates for the April Board Member Election 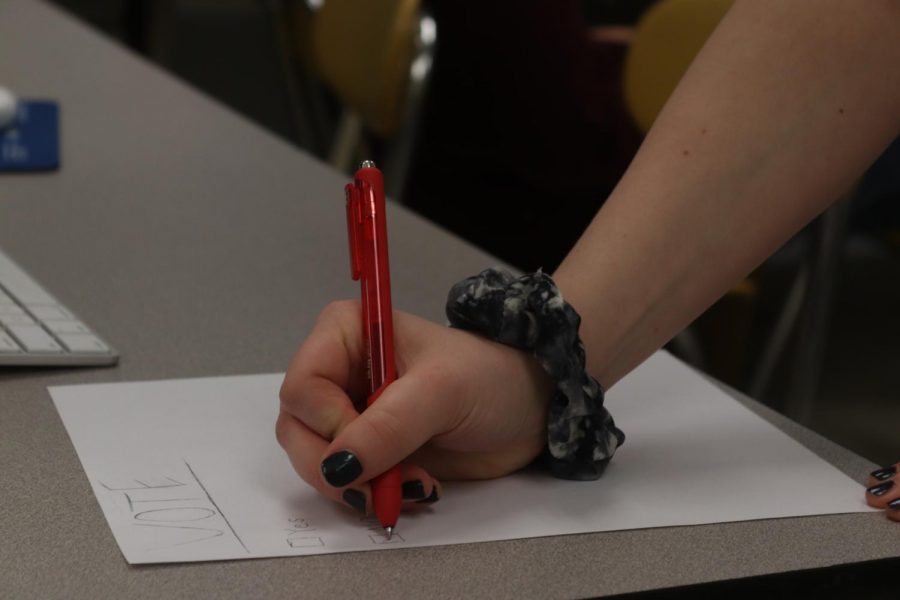 A student checks no on a piece of paper they recieved from a class mate. The school board is going sworn in new members in April. The board only has three available spots.

FHSD has some changes coming to the Board of Education, as three board members’ terms come to a close. On April 7, the candidates will be voted to fill three spots on the board. They will be sworn in April 16. The candidates run for the general position of school board member. The specifics of their position is decided by the school board.

One candidate running for elections is Douglas Ziegemeier. He is a former law enforcement officer and a current owner of an insurance agency. He decided to run for the school board for several reasons. One being that he knew the current President wasn’t running again, and two being he could use his law enforcement background.

“I knew that there was an opening and I do like that direction that the school board and the school district as a whole is going in and I kind of just wanted to maintain that direction,” Ziegemeier said.

The next candidate in the running is current board Treasurer Patrick Lane. He is a retired educator with 33 years of classroom experience. Originally, he headed the tax levy committee along with Mary Lange. During its second campaign, they felt like change needed to be made on the board to push their goals forward, and now he wants to maintain that.

“We have a new superintendent which I helped hire and it is my goal to help him move the district forward. I have great confidence in him,” Lane said.

Peggy Sherwin is another candidate running for the school board. She teaches at Ranken Technical College and is a member of the Democratic club. She also owns a small business with her husband.

Mike Sommer was a board member 12 years ago and decided to run based off of his experience. He said that over the last year, people had encouraged him to run again. He feels that it is a good time for him to get back involved with the district.

“I think we want to continue to do a lot of the things that we have been doing, and I’m not saying we’ll never make any changes, but we continue to be recognized as one of the best places to work in the community, and our students continue to be successful,” Sommer said.

Another candidate running for the school board is Mary Lange. She is currently a Director on the school board and is running again. Three years ago  she worked with Patrick Lane. They wanted to get more involved in the community, and after being on the board for three years, she wants to continue to be a voice for the community.

“I bring a positive voice to the board,” Lange said “I think it’s a good aspect to have, a good parents voice. I’m a parent of two children in our school, a high schooler and a middle schooler, so having that parent voice as well as a community member voice on the board.”