FHN Robotics Goes to State for the First Time 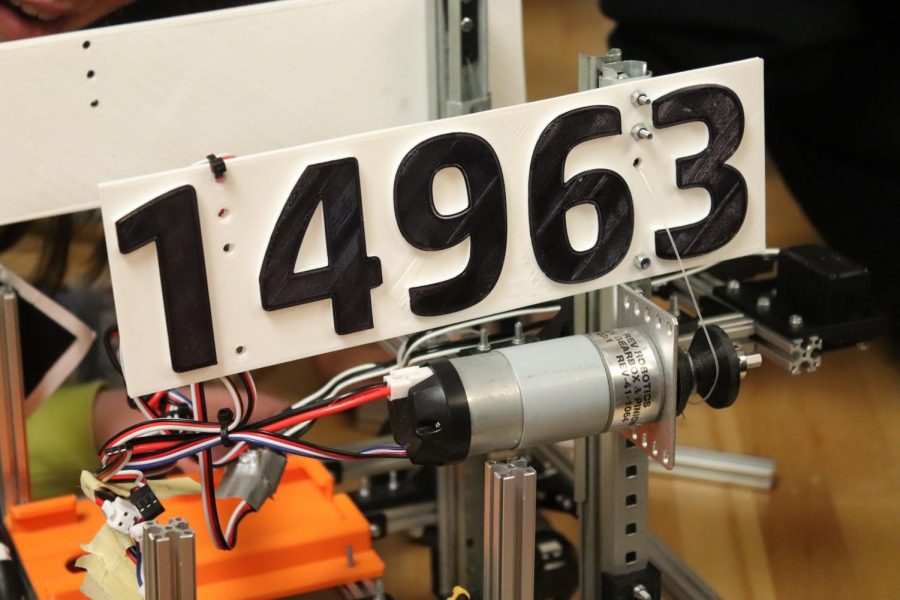 Students selected from the robotics club will be attending Robotics State at Missouri University of Science and Technology in Rolla on March 7. At state, the team will show off a robot that they have been working on and use it to compete against other teams.

Teams will compete using a robot that’s supposed to be able to transfer a giant Lego block from one spot to another. Most teams’ robot will only be able to move the block, but the FHN team is working to have their robot do more than that.

“We use the robot that we have right now to lift and stack giant Lego blocks on top of one another,” robotics team captain Enoch Berthold said. “Our robot will transfer them as well as stack them. Most robots just transfer them.”

The teams won’t just compete; they will also present their hard work to be judged. They will talk about the robot and the process they went through to create it.

“At state we will present our robots to judges and talk about it,” head programmer Jacob Kosier said. “I’m assuming it’s going to be similar to the qualifiers in which we will be pitted against a bunch of other teams in a bunch of matches.”

Six students were selected to go and 12 are going independently. Anyone in robotics is allowed to go to state, but if they are not selected they have to pay for their transportation, meals and hotel room themselves. To be selected, students must work hard and help out the team with building the robot.

“We already selected who we are taking based on how much work they’ve done on the robot,’’ Berthold said. ‘‘Then other people are welcome to go if they choose but they will have to pay out of pocket.”

This is their first year going to state. They’ve gone to competitions before, but state will be something new and different.

“I’m really excited that we’re going to state, I really did not expect it since this is our second year of doing this particular robotics thing, FTC,” Kosier said. “I’m pretty excited, and I’m glad I was able to be a part of it.”