Under a New Hand 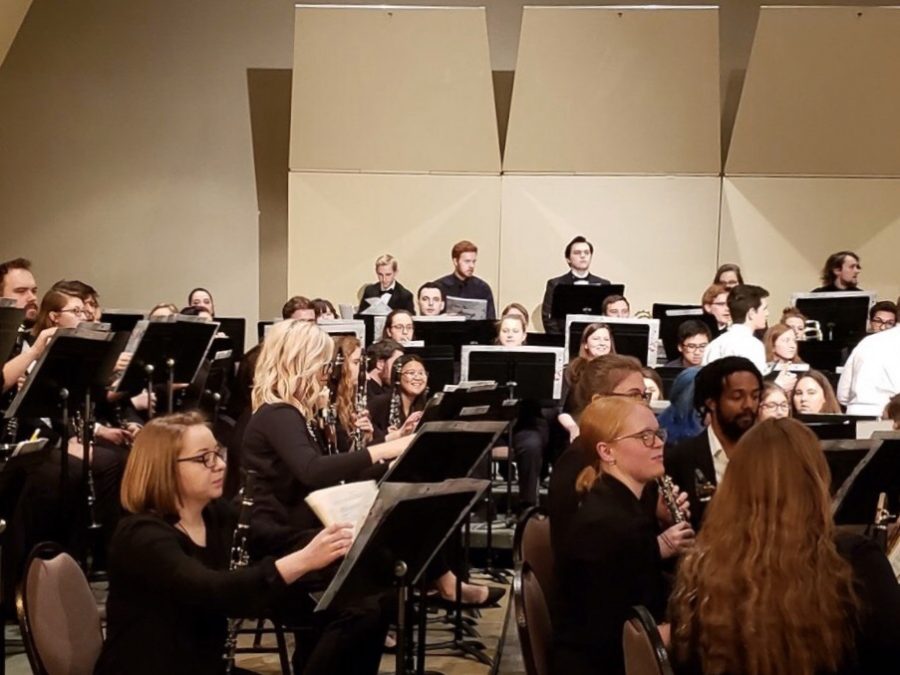 Her first year out of FHN, clarinetist Arianna Chaves is already adding to her list of musical accolades. Chaves is one of the five Missouri S&T students to be admitted this year and is the only underclassman among them. The students selected will be joining other college band members from around the state to perform four pieces for hundreds of Missouri music educators.

“I went [to the MMEA conference] the past two years and was sad thinking I wouldn’t go this year,” Chaves said. “Then I heard about all-collegiate and when I got nominated, I was so happy that I finally got to go back. Being able to perform with such a high-caliber group at a statewide conference like that… that experience is something I’m always going to remember. In high school all-state and other high school bands you generally get people who all have similar experience with band but in all-collegiate, there are people from S&T who are all non-music majors with people who practice their instrument 40 hours a week and are doing this for a living.”

One of the pieces the band performed was An American Elegy, composed by Frank Ticheli and commissioned to be written after the Columbine shooting in 1999. Coincidentally, this was Chaves second time playing the piece; it was part of North’s repertoire for their Spring concert performance. This time however, Chaves was under the conduction of of someone very different. Allan McMurray was the director for this year’s all-collegiate band; he not only taught at Columbine not long before the shooting, but was the one who commissioned An American Elegy to Ticheli.

“McMurray was super involved with the making of the piece so he knows a lot of the details and reasons that Ticheli did certain things,” Chaves said.

A part of An American Elegy in which the saxophones cut out completely was meant to commemorate the death of one of Columbine High School’s former players. McMurray had been preparing a concert at the school before the shooting occurred, and at their first performance after the tragedy, there were three empty chairs in the band with bouquets of flowers on the seats. One such chair was that of their saxophone player.

“Going into that moment in the piece, there’s a whole new layer of sensitivity and you can just feel how it moves you when you know something like that,” Chaves said. “The imagery introduced during the build up to the first full ensemble moment is symbolic then of lifting your head up after tragedy.”

Over the course of three days, the band spent over 12 hours rehearsing for their performance on Jan 24, making the group quite a commitment for students like Chaves, who is currently studying computer engineering. Among the other songs that they so rigorously prepared was Variations on a Korean Folk Song, arranged by Dmitri Shostakovich. The song is, as the title implies, a Korean folk tune that people used to hum to bring themselves comfort during the Korean War. Ironically, it remains as part of both North and South Korean culture today.

“With every MMEA ensemble I’ve been in, the conductor has always had some central message,” Chaves said. “My junior year, he was always about having fun with it and the year after was a lot about the inherent beauty of music. This year was like that, but it was more about music and its link with humanity. We played a lot of music that was very poignant to the human spirit. McMurray made a point that an artist is a step above a musician in the sense that an artist will look at a piece of music and try to understand how that connects with an audience on a deeper level. Having that mindset where you look at a piece and can start to see how to form the music in order to get your personal interpretation and experience across to another person, how to get other people to understand that experience… that’s something I’m definitely carrying forward.”