FHN Principal Jeff Blankenship Has a New Desk on Wheels 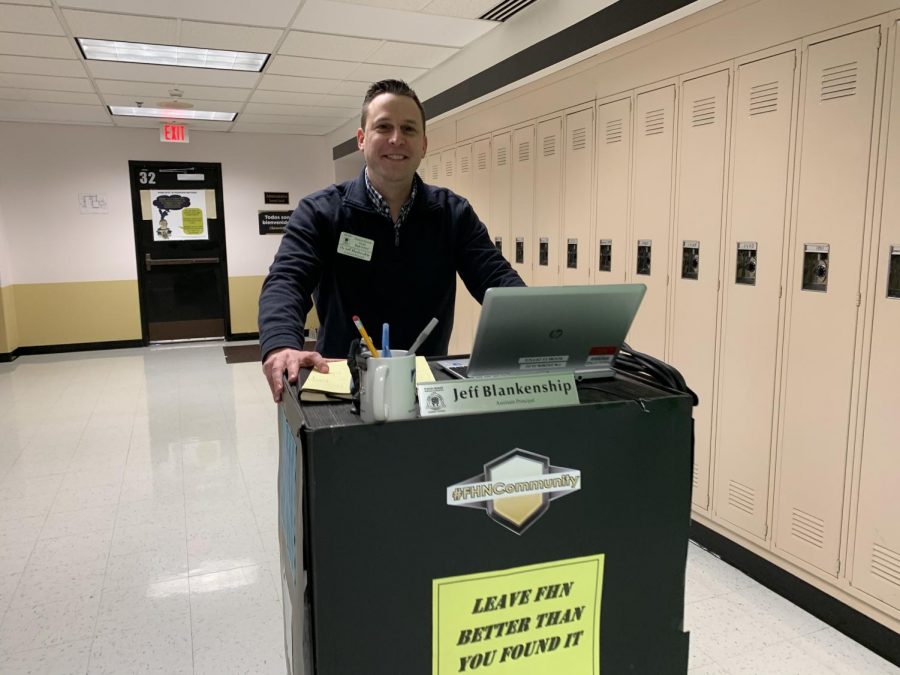 FHN principal Jeff Blankenship has made a portable desk he calls ‘Work in Motion’ so he can be more a part of the FHN community and hopefully connect more with the students that are at school.

Hamish Brewer, a principal in Northern Virginia, inspired Blankenship to take a more hands on approach to the way he wants to lead the school.

“It gets me out there so I see more people throughout the day which is awesome,” Blankenship said. “That’s what I want to be able to do.”

Calling down students to his office takes up learning time that should not be wasted. Due to Blankenship’s office location in the basement it may take up to three to four minutes for students to reach the office and to go back to class, not including the time taken up by the meeting itself.

Along with the new way of doing his duties comes new challenges he must adapt to. Almost everyday since he began this new journey he has had to alter the cart in order to have the best experience he can create, although some difficulties he has to overcome are inevitable.

“Every once in a while there is a time where an administrator is called to a room pretty quickly and at that point I have this cart with me, so it can be a burden,” Blankenship said.