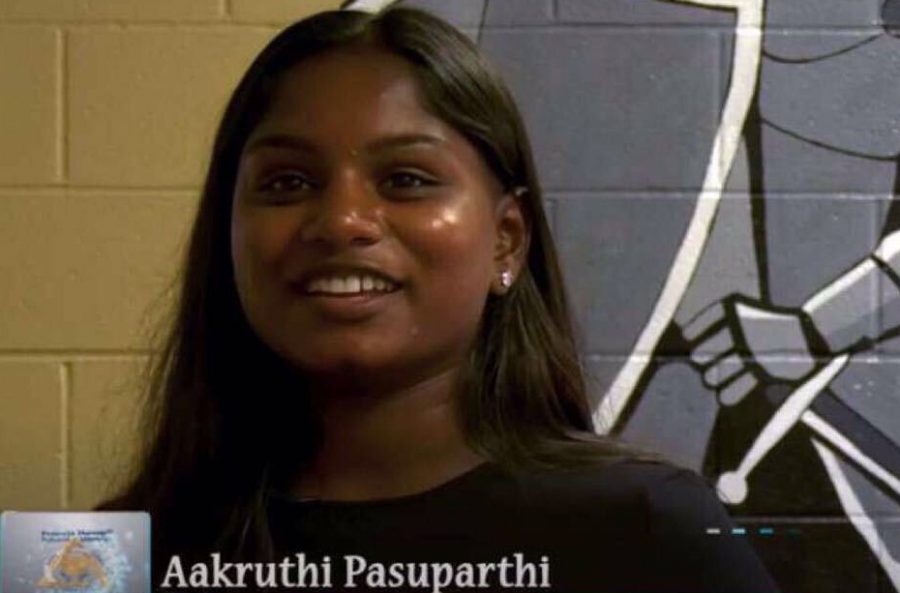 Fun. Creative. Memorable. That’s how Senior Aakruthi Pasuparthi describes the role of being the voice of FHN. Cherishing the moments she created with ‘Aakruthi’s joke of the day’, Pasuparthi hopes to inspire students that they can do something like this and be involved with the FHN Community.

“[I’m motivated by] the laughs that I hear in the office and the joy that these jokes bring to people was just really cool,” Pasuparthi said.

FHN Secretary Stephanie Weeks-Slaughter takes the time to compile a list of information for Pasuparthi every day. Pasuparthi would go to the main office every single day of the school week to announce daily school announcements and end with her joke of the day. She persistently did this even when she received hate from students who didn’t have a fond liking for her jokes.

“Some of the people were just like they’re [jokes] annoying, but I kept doing them and a lot of faculty praised me,” Pasuparthi said.

Aakruthi’s joke of the day progressively became a signature for the culture at school. She would find jokes online and tell them at school. Pasuparthi enjoyed knowing that she made someone’s day, making an impression long to be forgotten.

“[My favorite joke was] ‘I don’t tell dad jokes very often, but when I do, he usually laughs’ and for some reason that stuck with me,” FHN principal Nathaneal Hostetler said. “I laughed a lot. I told my own dad that joke.”

When the school closed due to COVID-19, Pasuparthi eventually joined Hostetler on daily Facebook lives at 8 a.m. Hostetler added her to create a sense of normalcy in the current situation. Hostetler relays information that answers questions from students or parents on Facebook live. On the other hand, Pasuparthi would read out students’ birthdays and do her joke of the day.

“[During Facebook lives] it didn’t take long to realize that there really was something missing and it was Aakruthi,” Hostetler said. “During the course of the year, she became the Voice of FHN [and]+- for people to be able to see and hear her do the joke of the day has been a big deal.”