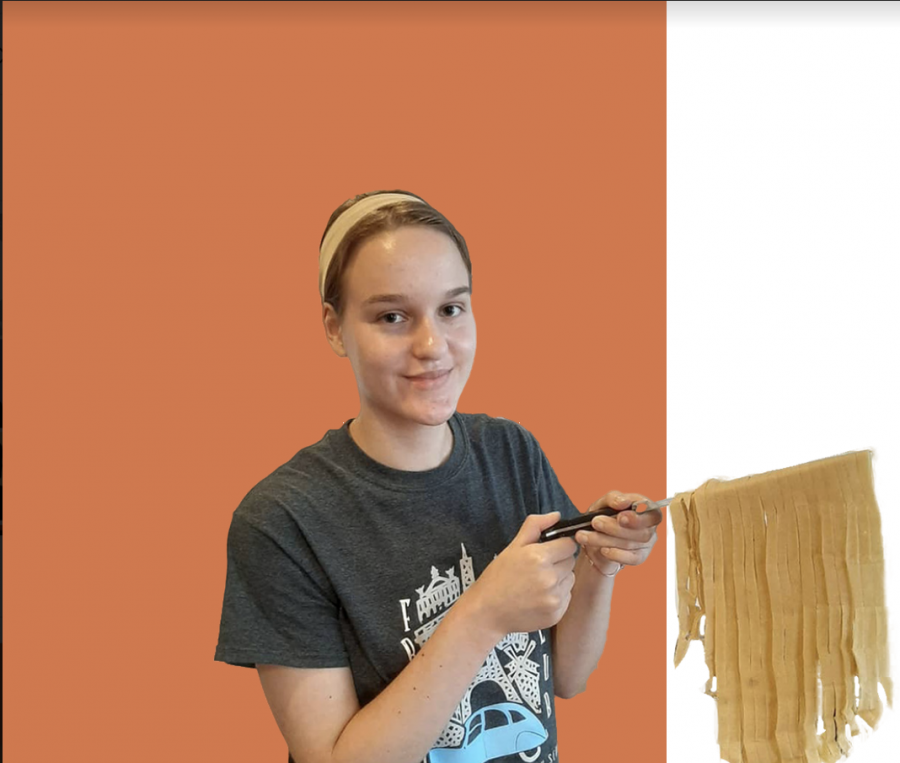 Many people find joy in their hobbies. These include things like playing a sport, reading or working on their cars. For FHN senior Elizabeth Pundmann, it is baking. Only she doesn’t just bake for fun, she also bakes for a purpose.

“For me cooking and baking is just kind of an escape from all of the deadlines and priorities that you have to face in reality,” Elizabeth said. “It’s just a time to be able to express myself through my work and enjoy what I’m doing.”

Elizabeth began baking in middle school as more of a hobby than a stress reliever. She got her inspiration to take up this hobby from her grandpa who was a chef. She says that when she was a child, she was always in the kitchen with him. She learned a lot of her skills from him and attributes her finding of this hobby to him.

“He showed me a lot of his cooking techniques,” Elizabeth said. “So I just branched off and started doing that on my own and it has been consistent ever since then.”

As of more recently, Elizabeth has found more uses for this hobby. She started more frequently baking in March of this year. She found that her baking was actually a great stress and anxiety reliever. Baking provided an escape from the trying times that are occurring and it gave her an outlet to be creative and utilize her skills.

“Around quarantine time I really started to pick up on my baking and do it a few times a week,” Elizabeth said. “I found it was a really helpful way to stay calm during stressful times.”

“I think that she has changed for the better because she’s spending so much time doing what she loves and it’s really good for her,” Catherine said.